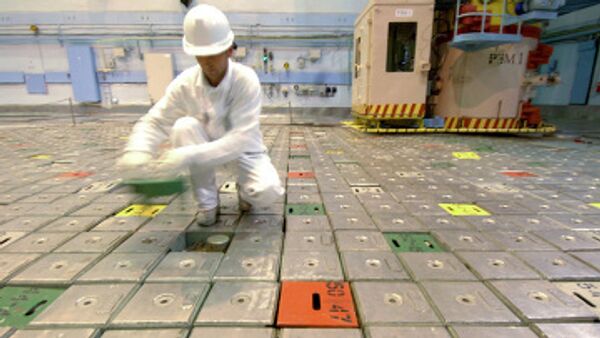 Andrei Nesterenko said the international community was concerned by Iran's statement that it would enrich uranium to a 20% concentration to provide fuel for the Tehran research reactor.

"In this context the decision to enrich uranium to a higher concentration is at odds with the relevant resolutions of the [UN] Security Council and the IAEA Board of Governors and will only intensify the existing concerns and hinder an early solution," he said.

Under an international plan, Iran was to ship its low-enriched uranium to Russia and France for further enrichment and processing into fuel for power plants. Iran would not thereby be able to enrich uranium to make weapons.

Tehran suggested it could consider a simultaneous swap of its nuclear fuel for other uranium, but that the exchange would have to take place on its own territory.

Moscow said Wednesday it was disappointed with Iran's failure to react "constructively" to the proposals made by a group of international mediators on Tehran's nuclear program.

Russian Foreign Minister Sergei Lavrov offered no indication as to the specific nature of Iran's reaction, but warned that "it is impossible to wait forever" and that Russia's partners "are already talking about the need to discuss further steps at the UN Security Council."

Mediators from the Iran Six - Russia, the United States, China, Britain, France and Germany - are currently discussing the transition from talks to new sanctions in response to Iran's refusal to fold its controversial nuclear program.

Lavrov's remarks came in the wake of Tehran's decision to postpone a visit to Russia by Iran's top security official and chief nuclear negotiator.

Iranian news agencies reported on Monday that Saeed Jalili was due in Moscow for a three-day visit that would include meetings with President Dmitry Medvedev and other officials to discuss bilateral relations, regional and international issues.

Russia has a history of close ties to Iran, including in nuclear energy through the construction of the Bushehr power plant, but is seen as having moved closer to the U.S. position on imposing new sanctions.

The Iran Six have long been trying to persuade Tehran to halt uranium enrichment not only through sanctions but also in exchange for economic and diplomatic incentives.

Iran Six envoys last met in New York on January 16, but in the face of Chinese resistance to a tougher course of action decided against immediate sanctions in the hope of finding new political and diplomatic solutions to the problem.