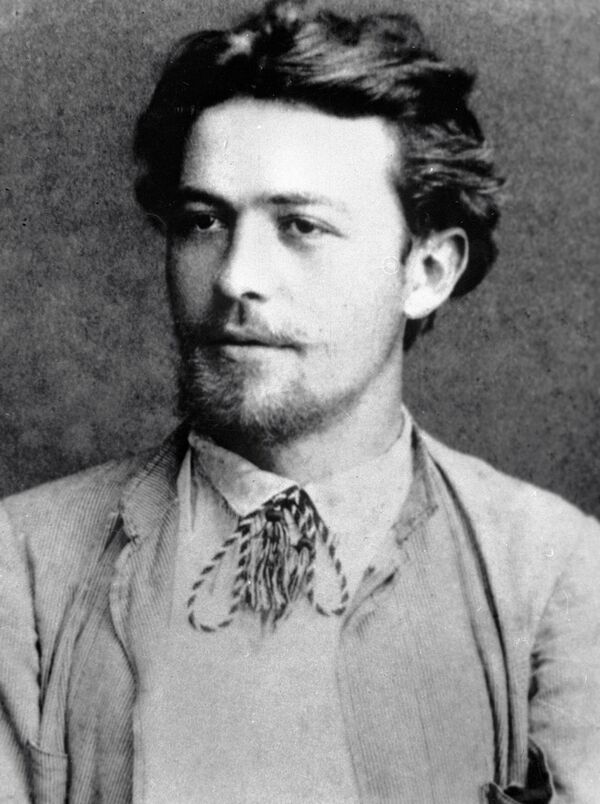 © RIA Novosti . РИА Новости
/
Go to the mediabank
Subscribe
International
India
Africa
Russia celebrated the 150th birthday of Anton Chekhov on Friday with a series of events in remembrance of the writer and playwright who had an immense influence on world literature and theater.

Russia celebrated the 150th birthday of Anton Chekhov on Friday with a series of events in remembrance of the writer and playwright who had an immense influence on world literature and theater.

Moscow will host the Chekhov Days theater festival until January 31, with theaters showing productions based on Chekhov's plays and short stories.

The festival features productions by famed directors, including Andrei Konchalovsky, and young producers. Foreign productions, Vladimir Pankov's The Wedding for Belarus's theater, and Daniele Finzi Pasca's premiere of DONKA (A Letter to Chekhov) for the Teatro Sunil of Switzerland run on Friday to Sunday.

The famous Moscow Arts Theater, which was the first to stage Chekhov's The Seagull, gave a gala performance commemorating the writer on Friday.

The premiere of The Seagull flopped in 1896, but director Konstantin Stanislavsky revived the play to acclaim two years later.

The theater also premiered Chekhov's last two plays, Three Sisters and The Cherry Orchard, which were a challenge to actors and audiences at the time as the playwright replaced traditional acting with a "theater of mood" and "undercurrents" in the text.

The grandson of a liberated serf and son of a shopkeeper, and a practicing physician almost throughout his literary career, Chekhov "changed the theater forever with The Seagull" and has influenced the development of short stories with innovative "hanging endings" and techniques to show the internal psychology of the characters.

"Never before had symbolism and lyric prose been used in quite that way, and never had so many layers of meaning been expressed at once," American theater director Matthew Earnest once said about Chekhov.

British theater producer and writer Declan Donnellan showed his production of Three Sisters on Friday in Yalta, where Chekhov wrote the play after moving to the Black Sea city after suffering a major hemorrhage in his lungs in 1897, when doctors insisted he change his lifestyle.

On Sakhalin, where Chekhov spent three months in 1890, interviewing 10,000 convicts and settlers for a census, a ceremony was held on Friday to kick off the Year of Chekhov.

Chekhov undertook the 81-day trip to the Far Eastern island, a gloomy place used for penal servitude and exile, at the peak of his literary career in Moscow and despite his illness.

He was shocked by what he saw on Sakhalin and later published his findings in a book called The Island of Sakhalin. The book is believed to have forced the tsar to improve prison colony conditions on the island.

"Chekhov's truth about Russia is a painful truth," Russian Deputy Culture Minister Andrei Busygin said at a ceremony to lay a wreath at the writer's tomb at Novodevichy Convent's cemetery in Moscow, attended by officials and culture figures from Russia and other countries.

"French people are honoring the memory of the great writer along with the Russians today," Bernard Faivre d'Arcier, ex-director of the Avignon Theater Festival, said at the ceremony.

President Dmitry Medvedev arrived in the southern Russian city of Taganrog on Friday, where Chekhov was born on January 29, 1860, and laid flowers at the writer's monument and visited the museum, a small house rented by Chekhov's family.

Chekhov died of tuberculosis at the age of 44 in the German spa town of Badenweiler in 1904.