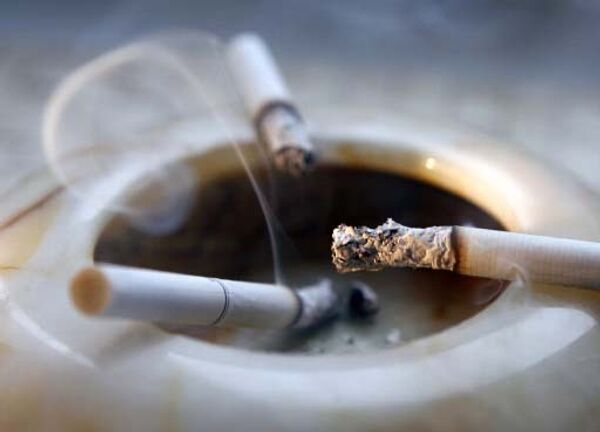 The Russian parliament's plans to sharply increase taxes on tobacco would create a boom in illegal trade in cigarettes and ultimately harm public health, according to the Finance Ministry.

The Russian parliament's plans to sharply increase taxes on tobacco would create a boom in illegal trade in cigarettes and ultimately harm public health, according to the Finance Ministry.

The State Duma is considering a bill to raise excise duties on tobacco threefold in 2011 as part of government efforts to improve public health in Russia, which has one of the highest smoking rates in the world.

The ministry fears the bill would trigger a rise in illegal cigarettes sales, after similar laws have seen illegal tobacco markets thriving in the Baltics.

"High excise duties would prompt people to buy cheap and illicit tobacco products. This would hardly be to the benefit of public health," the ministry said in a report.

Cigarettes in Russia are the cheapest in the developed world, with smokers paying around a dollar for pack a that costs $8 in the United States. Russian filterless cigarettes - including the notorious "papirosy" - cost less than 30 cents a pack.

The World Health Organization says more than 60% of Russian men are smokers, and about 400,000 Russians die from smoking-related diseases annually.

With smoking and alcoholism cited as two of Russia's most widespread public health problems, Russian men have a life expectancy of only 60 years. President Dmitry Medvedev has begun to try to cut alcohol consumption, with a new law coming into effect on January 1 that set the minimum price of a standard half-liter bottle of vodka at 89 rubles (about $3).