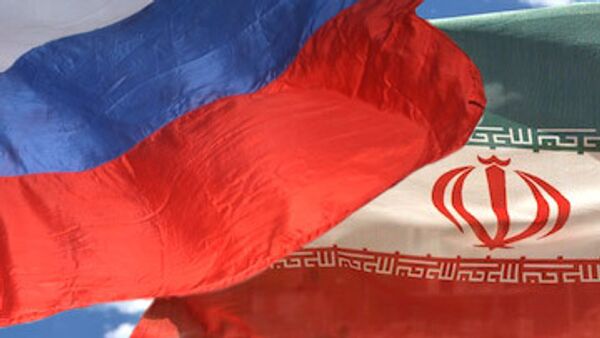 © RIA Novosti
Subscribe
A top Iranian security official will arrive in Russia on Tuesday for a three-day visit, Iran's IRIBNews reported on Monday.

A top Iranian security official will arrive in Russia on Tuesday for a three-day visit, Iran's IRIBNews reported on Monday.

Supreme National Security Council Secretary Saeed Jalili is due to meet with Russian President Dmitry Medvedev and other officials and discuss bilateral relations, regional and international issues, the news agency said on its web site.

It added that Jalili would be accompanied by Ali Bagheri, deputy for foreign policy and security maters.

The report could not be immediately officially confirmed.

Mediators from the Iran Six, which includes Russia, are currently discussing the transition from talks to new sanctions in response to Iran's refusal to fold its controversial nuclear program.

The mediators have long been trying to persuade Tehran to halt uranium enrichment not only through sanctions but also in exchange for economic and diplomatic incentives.

Iran Six envoys last met in New York on January 16 but decided against immediate sanctions against Tehran in the hope to find new political and diplomatic solutions to the problem.

Russia has a history of close ties to Iran, including in nuclear energy through construction of the Bushehr power plant, but is seen as having moved closer to the U.S. position on imposing new sanctions, while China is still viewed as reluctant to change to a tougher course of action.