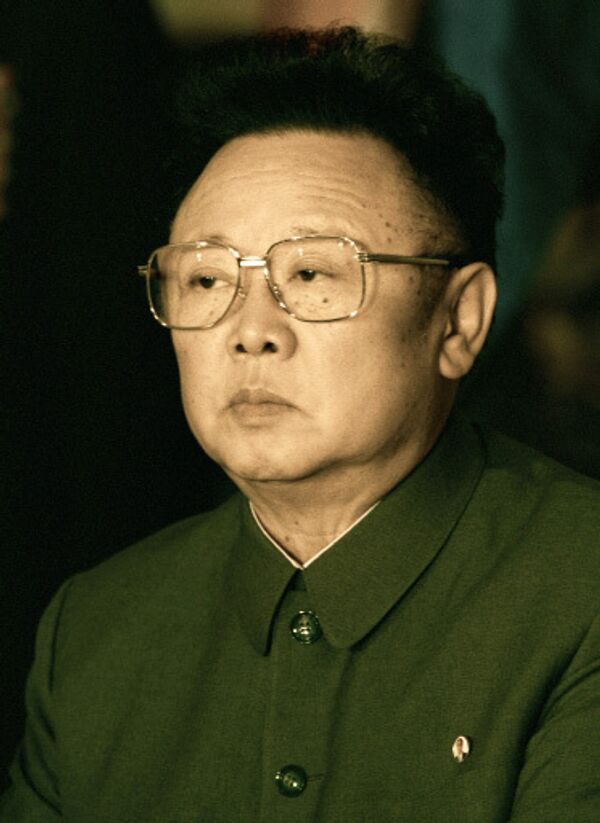 © RIA Novosti
Subscribe
North Korean leader Kim Jong-Il has constructed a secret bunker in preparation for foreign invasion or even a civil unrest in the country.

North Korean leader Kim Jong-Il has constructed a secret bunker in preparation for foreign invasion or even a civil unrest in the country, a British newspaper has reported.

The compound built inside Baekdu Mountain close to the Chinese border has a military command center and a hangar capable of storing helicopters and fighter jets, the Daily Telegraph said on Friday citing military analysts from the Kanwa Information Centre's Hong Kong bureau.

The analysts based their conclusion on satellite images of 13 similar locations across the country and data provided by several high-rank North Korean defectors, the paper said.

"We believe this would be the last place that the present regime would retreat to and try to conduct a campaign such as we are presently seeing in Afghanistan," the Daily Telegraph quoted Andrei Chang, a Kanwa analyst, as saying.

According to Chang, construction of the facility has taken many years and reflects the many fears within the reclusive communist regime, including a joint military invasion by forces from the United States and South Korea, a coup by his own military, or even a popular uprising.

Kim Jong-Il has ruled North Korea since 1994, when he succeeded his late father Kim Il-Sung, the communist state's founder. His official biography says he was born in 1942 on Baekdu Mountain.