Russia warns against remilitarization of Georgia 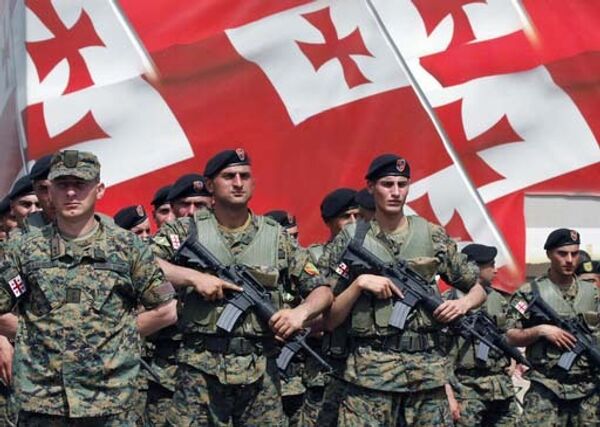 Russia will call for the international community to prevent the remilitarization of Georgia, the Russian Foreign Ministry said on Thursday.

Russia will call for the international community to prevent the remilitarization of Georgia, the Russian Foreign Ministry said on Thursday.

A new round of talks on the Transcaucasus, launched after Russia's war with Georgia in 2008, will start in Geneva on January 28. They also involve Georgia's breakaway regions of South Ossetia and Abkhazia, recognized by Russia as independent states.

"A solution is needed on the issue of remilitarizing Georgia and restoring its offensive military potential, which may in the long term lead to escalating the situation in the Transcaucasus with unpredictable consequences for the region's peoples and countries," the ministry said in a statement.

The talks are backed by the UN, the EU and the OSCE.

"All responsible parties in international relations should understand the malignancy of double-standard policies in regard to Georgia, especially in regard to secret supplies of modern weapons and military equipment to Georgia," the ministry's statement reads.

The ministry said Russia would also call for Georgia, Abkhazia, and South Ossetia to sign an agreement on non-use of force as soon as possible.

"Amid the continuing military rhetoric from Tbilisi, calls for the restoration of territorial unity of Georgia by all means, and the elevation of Georgia's military presence and maneuvers near the borders of Abkhazia and South Ossetia, the issue of providing strong security guarantees for Sukhumi and Tskhinvali becomes even more important," the ministry said.

The parties will also discuss humanitarian issues related to refugees and displaced people. Russian Deputy Foreign Minister Grigory Karasin will head the Russian delegation at the talks, which will take place in Geneva for the tenth time.