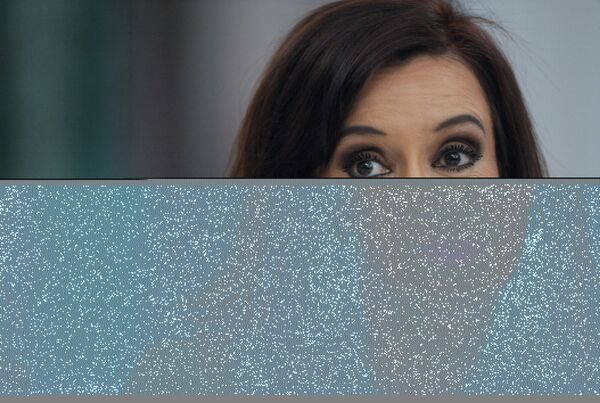 Argentinean President Cristina Fernandez de Kirchner has cancelled all foreign trips over fears that the country's vice-president, who has openly joined the opposition, will seize power, local media said on Wednesday.

Argentinean President Cristina Fernandez de Kirchner has cancelled all foreign trips over fears that the country's vice-president, who has openly joined the opposition, will seize power, local media said on Wednesday.

Kirchner, Latin America's most unpopular leader, according to a recent poll by Mitofsky international research company, reportedly cancelled her trip to the Bolivian capital, La Paz, where President Evo Morales' inauguration was to take place on Thursday. Morales was re-elected to the presidential post in early December.

The Argentinean president, who is being supported by only 19% of Argentineans, also decided to postpone her visit to China originally scheduled for Monday.

Kirchner was quoted by media reports as saying she could not leave power in the hands of Vice-President Julio Cobos, who had recently joined opposition forces.

"As the president, I bear political responsibility for what is happening in Argentina in any case. I cannot leave the country for a long period when the vice-president is not performing his duties delegated to him by the people," she said.

Earlier, Kirchner said Cobos has demonstrated his intention to take her office before presidential polls in 2011.

"It is impossible to be the vice-president and an opposition member, this is incompatible," she added.

Julio Cobos openly demonstrated his opposition to the president when he blocked a government bill to increase agricultural products export taxes in the country's parliament in 2008.

Tensions increased after Cobos supported the head of Argentinean Central Bank, Martin Redrado, recently dismissed by Kirchner over his denial to allocate some $6.6 billion from the state budget to repay the country's foreign loans in 2010.