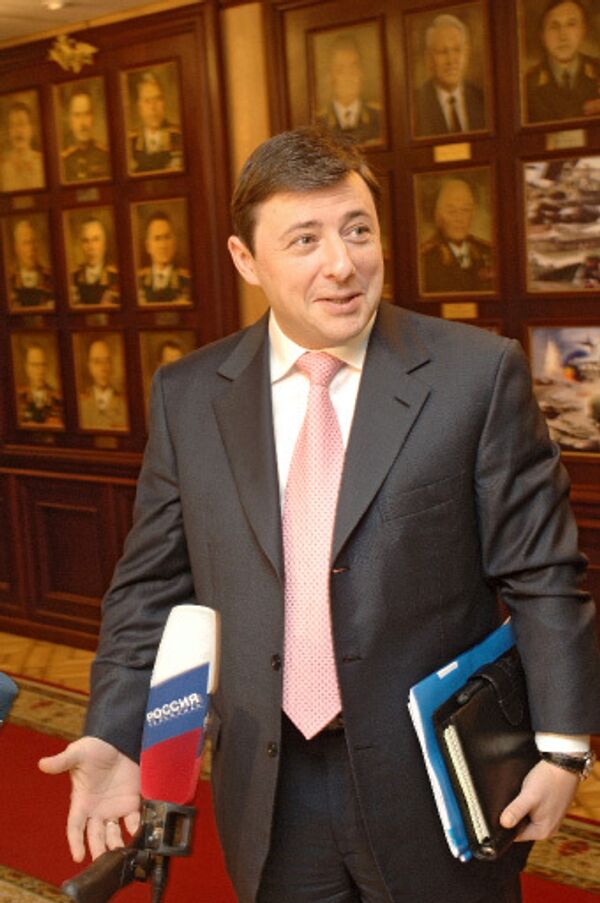 President Dmitry Medvedev on Tuesday appointed the governor of the vast Siberian region of Krasnoyarsk and former business executive as deputy prime minister and his envoy to the volatile North Caucasus region.

President Dmitry Medvedev on Tuesday appointed the governor of the vast Siberian region of Krasnoyarsk and former business executive as deputy prime minister and his envoy to the volatile North Caucasus region.

"You will have federal economic powers as deputy premier and ...responsibility to tackle personnel, security and other issues as the envoy," Medvedev told Alexander Khloponin on Tuesday.

Medvedev also said he has decided to single out North Caucasus provinces, including Chechnya, Ingushetia, North Ossetia, Dagestan, Kabardino-Balkaria and Karachai-Circassia, into a separate federal district. Parliament is still to approve the creation of the new administrative unit, which Khloponin will oversee.

The appointment of Khloponin to oversee the North Caucasus suggests the Kremlin is set to change its tactic in tackling the region's economic backwardness, rampant militant violence and clan rivalry, which Medvedev has described as a key national security threat.

So far, most of North Caucasus tsars appointed by Moscow, focused on beefing up security measures in the region.

"We don't need military strategists here," Ingush President Yunus-Bek Yevkurov said commenting on the appointment. We need a manager, who will boost the economy and fight corruption. I think Khloponin will be up to the task."

Khloponin, 45, is a former banker and board chairman of Norilsk Nickel who helped to overhaul the metals giant following the post-Soviet privatization campaign.

Since 2002, he headed Krasnoyarsk Territory, a province nearly four times the size of France. His gubernatorial term was marked with a fast economic growth in the region and a visible improvement of living standards.

In 2002, Khloponin was named Person of the Year by Expert magazine, the Russian business weekly.