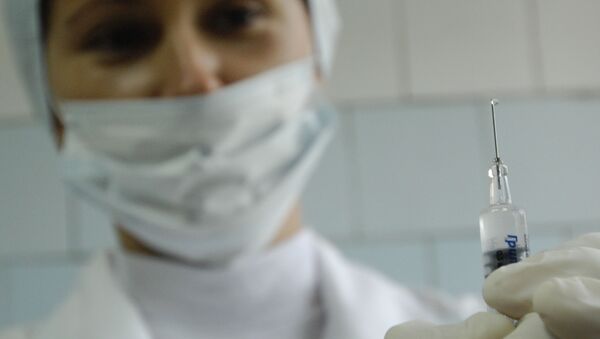 Greece has canceled the remaining order for about 8 million batches of the vaccine against the deadly swine flu, local media said citing the government sources.

Greece has canceled the remaining order for about 8 million batches of the vaccine against the deadly swine flu, local media said citing the government sources.

Greece has previously ordered over 11 mln batches to vaccinate its entire population, and has received 3.6 mln batches, worth 25 mln euro ($36 mln) from that order.

"The state will pay only for vaccines which have been received so far," local TV quoted Health Minister Mariliza Xenogiannakopoulou as saying on Monday.

The minister said the vaccination against the A/H1N1 virus had not been popular among the Greek citizens. Only about 360,000 Greeks have voluntarily received the vaccination up till now, and it is questionable if all the received vaccines would be used until their expiration in 2011.

According to official data, up to 96 people have died so far in Greece from the swine flu and its complications.

The World Health Organization (WHO) reported late in December 2009 that the death toll from the swine flu outbreak had reached 11,516 worldwide.

The number of infections continues to rise in some areas of central and eastern Europe, as well as in western, southern and central Asia, which were hit by the virus outbreak later than other parts of the world, the organization said.

WHO had earlier suspended publishing weekly reports on the spread of swine flu after some countries refused to report each infection.