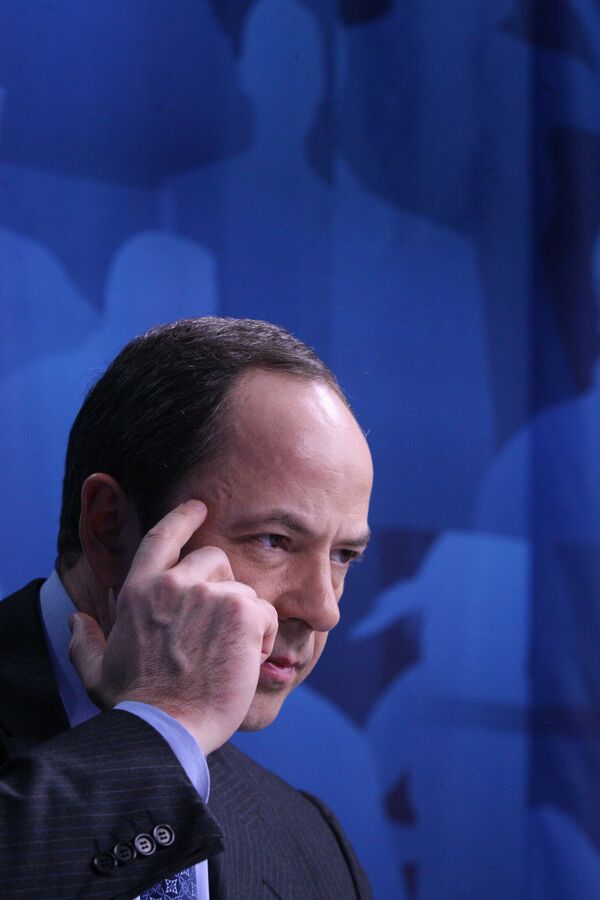 Ukrainian billionaire Rinat Akhmetov said on Monday that Serhiy Tyhypko, the ex-National Bank head and a candidate in Ukraine's presidential election, may become the country's prime minister if opposition leader Viktor Yanukovych, who is leading in Sunday's vote, wins the elections, the Ukrainskaya Pravda newspaper reported.

According to the country's Central Election Commission, Yanukovych has gained 38.68% of the vote, with almost 20% of the ballots counted. Prime Minister Yulia Tymoshenko trails with 24.13% of the vote, and Tyhypko is third, with 12,13%.

As none of the candidates is gaining 50% plus one vote needed to win the elections in the first round, a runoff is likely on February 7.

"I consider he [Tyhypko] possesses everything needed to hold talks with Viktor Yanukovych and reach an agreement," Akhmetov, who is considered the country's richest man and is famous as the Diamond Boss, told the paper, answering the question on whether Tyhypko may become the Ukrainian prime minister.

Tyhypko earlier said he would support no candidate in the runoff.

Commenting on exit polls data, which showed a 14% gap between Yanukovych and Tymoshenko, Akhmetov said even the 5% gap would be "good."

"Until the referee has not whistled, I cannot say the result of a match, but I believe Viktor Yanukovych has big chances to win," he added.