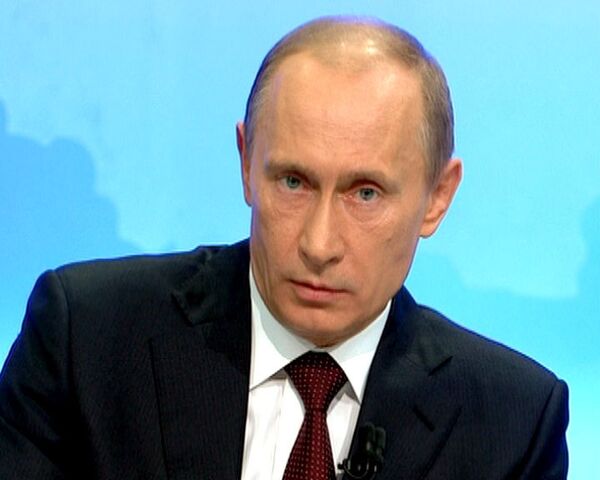 "Unfortunately, we don't see any readiness in observing Russian standards from some of our trade partners, first of all from the United States," Putin said at a conference on poultry market development in Russia.

"If some of our foreign suppliers don't want or can't meet our health requirements, we will use other sources for deliveries," he added.

Stricter sanitary regulations regarding poultry processing that restrict the use of chlorine and moisture content came into force in Russia January 1. U.S. companies have traditionally used chlorine in poultry processing and will not be able to supply their products to Russia any longer.

The prime minister said he hopes Russia would fully provide for its poultry demands "in four to five years at the latest," noting that in 2009 Russia imported 25% of the product, compared to 40% in 2007.

Putin said the poultry standards are not taken "out of thin air." "It's not something exclusively Russian. These are standards adopted in the European Union. We simply took them for use in our own country," he said.

The prime minister said Russia's quota from the United States is the largest for all importers with an annual 600,000 metric tons. "But they have to observe our standards," he said, adding that most Russian producers have already modernized the poultry meat production process.

First Deputy Prime Minister Viktor Zubkov said that all poultry products that were imported from the United States into Russia and pass through customs before January 19 would be allowed into the country. Zubkov added that a U.S. delegation was to arrive on Monday to discuss Russian sanitary health demands on poultry exported from the U.S.

Zubkov added that 95%-96% of all Russian poultry producers had already ceased using chlorine during processing to meet the new health standards. "Though the U.S. producers knew about the new standards, they have done nothing [to meet them]," Zubkov said. He said European, South American and Middle East poultry producers could fill the shortage of U.S. poultry products in Russia, though he did not name any particular country.

Putin's harsh remarks came amid efforts by President Dmitry Medvedev to heal ties with the United States strained under the previous administrations in both countries. Moscow and Washington are now working on a new nuclear arms cuts pact intended to replace the 1991 START-1 treaty that expired on December 5.

Putin, closely monitored by Russia-watchers for any signs of rift with his partner in the ruling tandem Medvedev, said his attack on U.S. poultry producers was not politically motivated.

"The key thing is protection of human health," he said.

The premier demanded that companies producing and procuring poultry for the Russian market invest money into upgrading their production processes in time and "not be greedy."