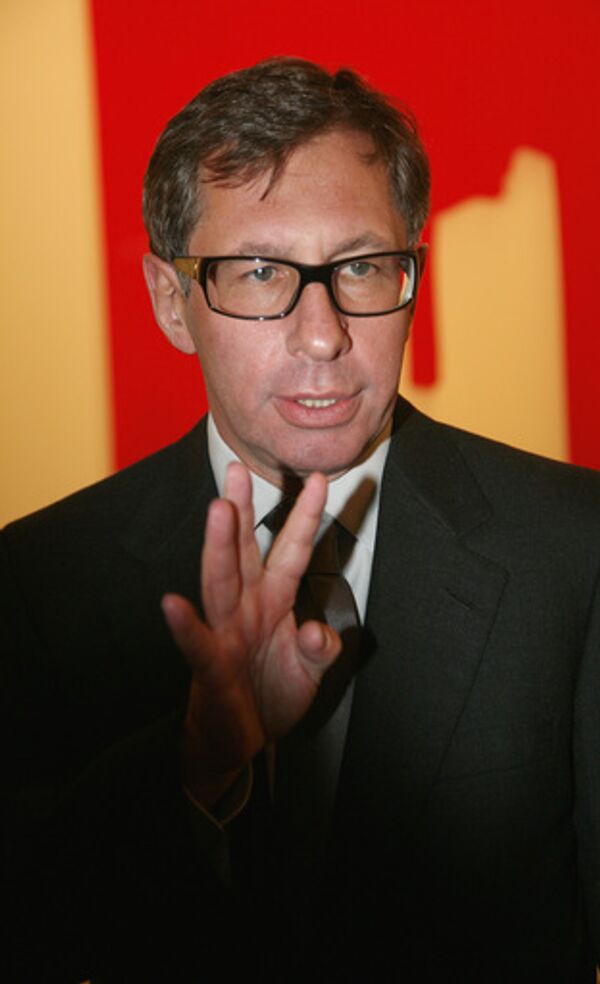 The head of a leading Russian privately-held bank said on Thursday that a new financial bubble was emerging in Russia and could threaten its economic recovery.

The head of a leading Russian privately-held bank said on Thursday that a new financial bubble was emerging in Russia and could threaten its economic recovery.

Pyotr Aven, president of Alfa Bank, one of Russia's top thirty banks, and formerly an economics minister in the Russian government in the early 1990s, said in an interview with Ekho Moskvy radio station the rapid growth of Russian stock indexes amid a steep decline in the country's gross domestic product in 2009 was a dangerous trend.

"We can look at the GDP and stock market dynamics. Our GDP fell while stock indices grew several times over last year. This situation, when the GDP and market indexes differ, is dangerous," he said.

"The market must reflect fundamental economic trends. When such dynamics differ, we can say that a bubble is surfacing."

The banker said that both Russia and the world economies were braced for several difficult years to overcome the effects of the global financial and economic crisis, which some analysts compare to the Great Depression in the United States in the early 1930s.

Russia's GDP fell an estimated 9% in 2009 as the country was struggling to fight the effects of the global economic meltdown. The Russian government expects, however, the Russian economy to grow 3% in 2010.

On Thursday, a leading Russian business daily also pointed to growing imbalances in Russia's foreign trade as a factor that could threaten the country's economic recovery.

Imports into Russia grew 20% in October-November 2009 compared with the third quarter, a record rate since 2006. Russia's trade surplus was almost unchanged in the fourth quarter of 2009 (an increase of 2% to $34 billion), whereas it grew 25% in the previous two quarters, Vedomosti said, citing the Central Bank's data.

Russia's exports, which fell sharply in the first half of 2009 due to the global economic crisis amid reduced world demand for hydrocarbons, started to increase in the second half of the year along with world oil prices, while imports in January-June 2009 remained almost unchanged, the paper said.

In the fourth quarter of 2009, however, imports were only 17% lower than a year earlier compared with a 40% decrease in the third quarter, the paper said.

If this trend continues, imports into Russia may grow almost 30% in 2010 and bring the country's current account surplus to zero at a global oil price of $70 per barrel, which may prompt a national currency devaluation, the paper said, referring to calculations made by Russia's Higher School of Economics.

The average price of Russia's Urals crude oil increased to $73.90 per barrel in the fourth quarter of 2009, the paper said.