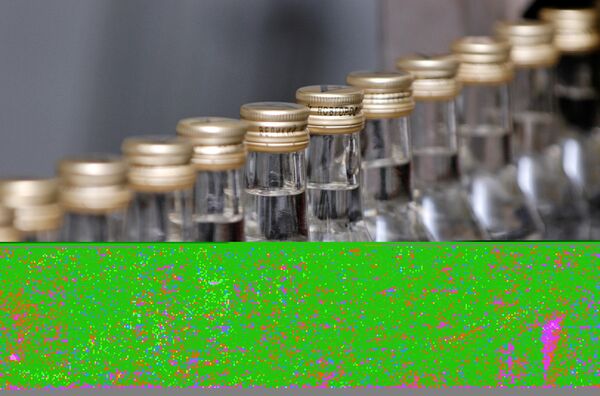 © RIA Novosti . Mikhail Mordasov
/
Go to the photo bank
Subscribe
Russia's government has launched a crusade against alcohol abuse, describing it as a "national disaster" and aiming to halve consumption by 2020 and root out illegal production and sales.

Russia's government has launched a crusade against alcohol abuse, describing it as a "national disaster" and aiming to halve consumption by 2020 and root out illegal production and sales.

Prime Minister Vladimir Putin has approved a national plan that envisions criminal punishment for illegal production and sale of alcohol, restrictions on advertising, and efforts to promote a healthy lifestyle, the government said on its website on Wednesday.

Alcohol consumption in Russia began growing in the 1970s and surged after the Soviet breakup in the 1990s as Russians struggled to adapt to economic change, health experts said. Alcoholism has taken a heavy toll on Russians' health, fueling high levels of mortality, above all among working-age men.

"Alcohol consumption per capita is currently about 18 liters a year," which is double the critical norm set by WHO, the document's authors wrote, adding that much of the alcohol consumed was either homemade or non-beverage alcohols, such as perfume.

Official statistics in Russia show more than 23,000 people die of alcohol poisoning annually, while another 75,000 die of alcohol-related diseases. Russia's Public Chamber put the death toll taken by diseases, crimes and accidents due to alcohol at some 500,000 people last year.

Authorities plan drastic cuts and possibly a total ban on alcohol advertising, including for low-alcohol drinks that target young people. The health ministry was earlier reported to be mulling a ban on movie scenes involving alcohol.

As part of the campaign, Russia introduced on January 1 a minimum price of vodka in an effort to fight counterfeit alcohol production in the country.

The Russian government's earlier measures to tackle the health challenges related to alcohol included restrictions in 2006 on the sale of non-beverage alcohols.

The last Russian leader to try to cut alcohol consumption was Mikhail Gorbachev, who in May 1985 attempted to put an end to the rampant alcoholism that was already taking its toll on the Soviet Union's economy and health system.

His efforts were ultimately unsuccessful - the illicit production of moonshine, known as "samogon," rocketed, accompanied by a sudden rise in sales of medicinal and industrial spirits. The never-popular policy was later quietly dropped.