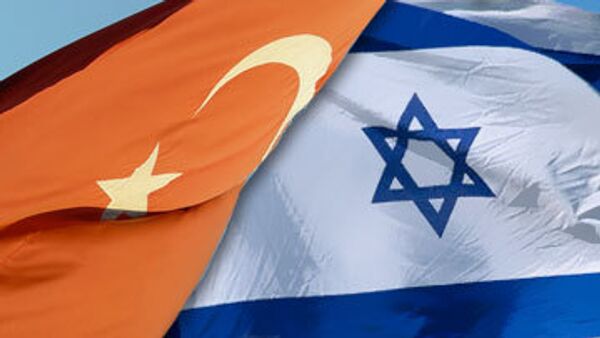 The Israeli Foreign Ministry issued a statement denouncing Recep Tayyip Erdogan, who had accused Israel of "excessive use of force and destabilizing the situation in the region," and the Valley of the Wolves television series, which depicts Israeli soldiers as baby-snatchers.

Turkish President Abdullah Gul warned earlier that if an official apology from Israel was not received by Wednesday evening, Turkey's ambassador would be recalled.

Ankara diplomats say they are satisfied with the official apology.

Celikkol was seated on a low sofa while Ayalon and two colleagues sat on higher chairs, and only the Israeli flag was on the table between them. "It is important to show that he [Celikkol] is low and we are high and there is only one flag," Israeli and Turkish media quoted Ayalon as instructing journalists covering the meeting on Monday.

Turkey issued its own statement criticizing Israel for what it described as a "demonstrative humiliation" of its ambassador.

Israel and Turkey are military and political partners, but their relations have been strained since Israel's military operation against Hamas in the Gaza Strip a year ago. Erdogan then stormed out from the World Economic Forum in the Swiss resort of Davos, accusing a moderator of giving more time to Israeli President Shimon Peres as the two had a heated debate over Israel's actions in Gaza.

In October, Turkey canceled the Anatolian Eagle international military exercises, in which Israeli warplanes were to take part, because of the Turkish people's "negative public reaction."