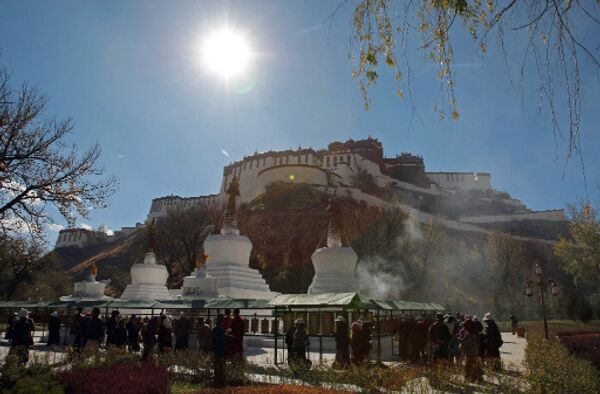 The governor of Tibet, where bloody anti-government riots in March 2008 left more than two dozen people dead, is to step down, the Zhongguo Wang government news service said on Tuesday.

The governor of Tibet, where bloody anti-government riots in March 2008 left more than two dozen people dead, is to step down, the Zhongguo Wang government news service said on Tuesday.

Qiangba Puncog, 62, will formally tender his resignation, which is not directly linked to Tibet's violence, during an annual session of the regional congress later in the week.

"This is a normal rotation - in our country, men usually retire at the age of 60," said a Chinese Communist Party member who identified himself only as Lin.

Speaking on condition of anonymity, a Chinese expert on Tibet said "usually, officials continue to serve after they reach the retirement age - until they are 70."

"But it is likely that the old man has been broken down by the strained atmosphere in Tibet after the 2008 riots," he said.

Legqog, the chairman of the Tibetan People's Congress, will also reportedly present his resignation at the parliamentary session, which opened on Sunday.

The unrest started in Tibet's capital, Lhasa, on March 10, when Buddhist monks took to the street to mark the 49th anniversary of a failed uprising against Chinese rule. At least 22 people died and more than 600 were injured in the riots, which then spread to China's Gansu province and caused an estimated $35 million worth of damage, according to official reports in China.

The Tibetan-government in exile, which is based in India, put the casualty figures much higher at more than 200 dead and over 1,000 injured.

Tibet was first incorporated into the Chinese Empire in the 13th century. After the creation of Communist China in 1949, Beijing signed a 17-point agreement for the peaceful liberation of Tibet, after which the autonomous region became part of China.

Chinese officials consider the document a legal contract that was mutually welcomed by both governments and by the Tibetan people. However, many people in Tibet consider the agreement invalid having been signed reluctantly or under duress.

The Dalai Lama has repeatedly said he seeks real autonomy for Tibet rather than independence from China.