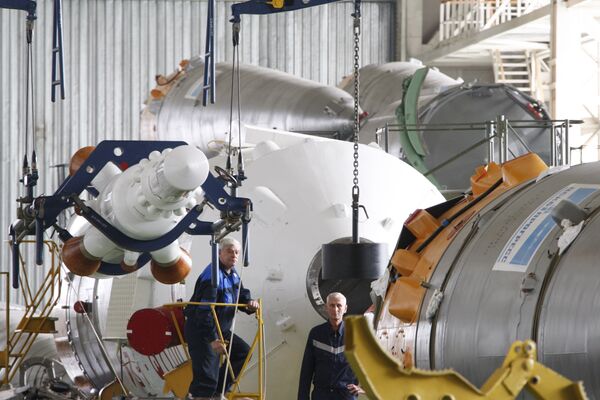 © RIA Novosti . Anton Denisov
/
Go to the photo bank
Subscribe
The Russian government will allocate 500 million rubles ($16.7 million) in 2010 on a project to build a spaceship with a nuclear engine.

The Russian government will allocate 500 million rubles ($16.7 million) in 2010 on a project to build a spaceship with a nuclear engine.

In line with an order issued by the Cabinet on December 29, a total of 430 million rubles ($14.4 mln) will be given to the Rosatom state nuclear corporation, and the rest to the Federal Space Agency Roscosmos.

Roscosmos head Anatoly Perminov said in late December that Russia would launch research into nuclear engines for spaceships this year.

He said nuclear engines for spaceships were a very promising area and should be created to make flights to Mars and other planets.

Perminov had previously said the development of Megawatt-class nuclear space power systems (MCNSPS) for manned spacecraft was crucial if Russia wanted to maintain a competitive edge in the space race, including the exploration of the Moon and Mars.

Perminov said the draft design of a spacecraft powered by a nuclear propulsion system would be finalized by 2012, and the financing for further development in the next nine years would require an investment of at least 17 billion rubles (over $580 million).

Anatoly Koroteyev, president of the Russian Academy of Cosmonautics and head of the Keldysh research center, earlier said that the key scientific and technical problem in sending manned missions to the Moon and Mars was the development of new propulsion systems and energy supplies with a high degree of energy-mass efficiency.

The current capabilities of the Russian space industry are clearly insufficient either to set up a permanent base on the Moon or accomplish an independent manned mission to Mars, he said.