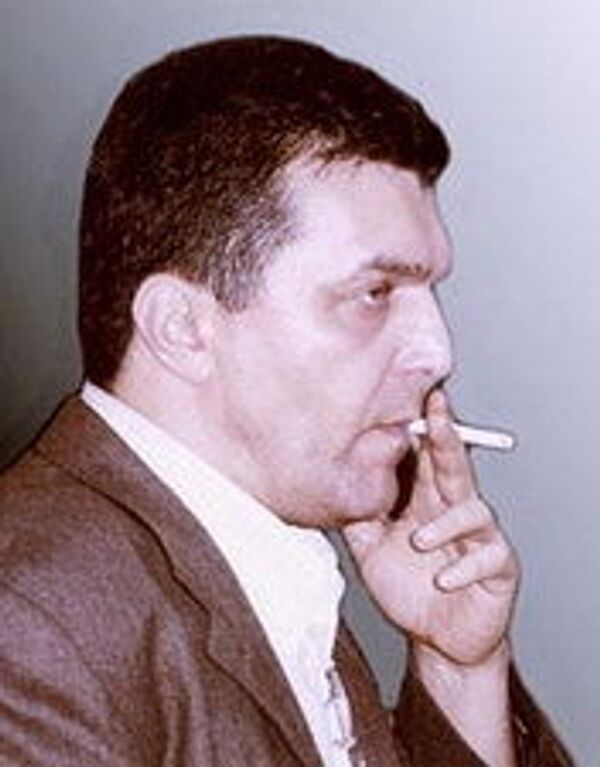 © MUAR
Subscribe
David Sarkisyan, director of the Schusev Museum of Architecture and campaigner for Moscow's architectural heritage, died in the Russian capital on Thursday aged 62.

David Sarkisyan, director of the Schusev Museum of Architecture and campaigner for Moscow's architectural heritage, died in the Russian capital on Thursday aged 62.

Born in Yerevan, Armenia in 1947, Sarkisyan was a man of many talents, first working as a biologist and developing a drug used in the treatment of Alzheimer's, then in the 1980s turning his hand to film as the writer and director of more than 20 documentaries.

Finally, in 2000, he became the head of the Museum of Architecture.

Recognizing that the walls of the grand old building on Vozdvizhenka were the perfect backdrop for architectural exhibitions, he transformed the obscure venue into a first-rate exhibition space.

But his work extended beyond the small courtyard not far from the Kremlin. He fought against what he saw as the destruction of some of Moscow's most important architectural monuments, not least the Hotel Moskva just off Red Square, which was demolished in 2004 so that a new, nearly identical hotel could be built in its place with modern materials and techniques.

The original building, designed by Alexei Schusev, for whom the architecture museum is named, is memorialized in an online exhibit on the museum's web site.

In the wake of the 2004 fire that nearly destroyed the Manezh next to the Kremlin, Sarkisyan published an open letter to the Russian authorities calling for "immediate action for salvation of the architectural heritage of our country."

He warned of a "cultural catastrophe" that would rob Russians of their historical memory, saying that the disruption of Moscow's architectural past was having a destructive influence on other cities, which were also losing their appearance.

His latest campaign, against the planned demolition of the Central House of Artists on the Moscow River near Gorky Park, seems to have failed to save that building, with the city apparently pushing ahead with plans to redevelop the site.

Sarkisyan was not universally critical of the development of the Russian capital, however, praising the creation of the Moscow-City business district on the edge of downtown.

Arrangements have yet to be made for Sarkisyan's funeral.

The museum's current exhibition is devoted to the creation of Russia's pavilion at the Paris Exhibition of 1937, which included the "Worker and Collective-Farm Girl" monument.