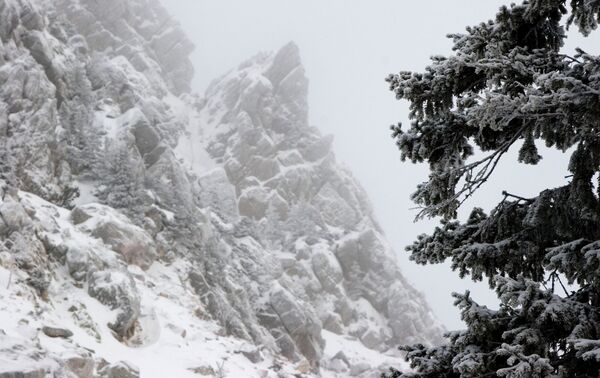 A group of Russian journalists has been rescued from a snow trap following an avalanche in the mountains in Northern Caucasus, a local emergencies service said on Wednesday.

Reporters and camera crews for six Russian television channels were trapped in snow on Tuesday while filming news stories about the work of local emergencies teams clearing out parts of the Trans-Caucasus Highway, which had been blocked by a series of avalanches in the area.

"After hours of efforts rescue workers managed to clear a narrow passage in the snow allowing the journalists an escape route toward Vladikavkaz," said Yulia Starchenko, a spokesperson for emergencies services in the Russian republic of North Ossetia.

The rescue workers had to cut a tunnel through 200 meters of snow with the height of 7 meters to reach the trapped reporters.

A heavy snowfall in the area over the past two days caused a number of avalanches that disrupted the traffic along the Trans-Caucasus Highway - the only route connecting Russia with South Ossetia.

Local weather forecasts warn of an even heavier snowfall and possible avalanches in the area in the next 24 hours.