Hillary Clinton pledges support to Yemen in fight against terror 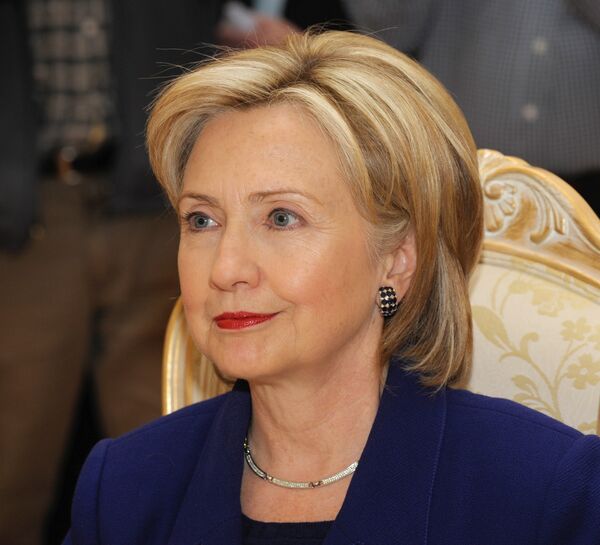 The United States will support the Yemeni authorities in their fight against terrorism, State Secretary Hillary Clinton said Monday.

The United States will support the Yemeni authorities in their fight against terrorism, State Secretary Hillary Clinton said Monday.

"The situation in Yemen is a top concern," she told a briefing after a meeting with Qatari Prime Minister Sheikh Hamad Bin Jassim Bin Jabr Al-Thani in Washington.

Clinton said they discussed how they could "work together and with others to stabilize Yemen, assist in securing its borders and providing for its people in combating al-Qaeda."

It turned out that Abdulmutallab had undergone training at an al-Qaeda camp in Yemen. The U.S. and Britain have closed their embassies in Yemen due to a security threat.

"The instability in Yemen is a threat to regional stability and even global stability, and we're working with Qatar and others to think of the best way forward to try to deal with the security concerns. And certainly, we know that this is a difficult set of challenges, but they have to be addressed," Clinton said.

"Obviously, we see global implications from the war in Yemen and the ongoing efforts by al-Qaeda in Yemen to use it as a base for terrorist attacks far beyond the region," the U.S. state secretary said.

She said the U.S. would consult with those having experience in Yemen to "work together to try to encourage the government to take steps that will lead to a more lasting period of peace and stability."