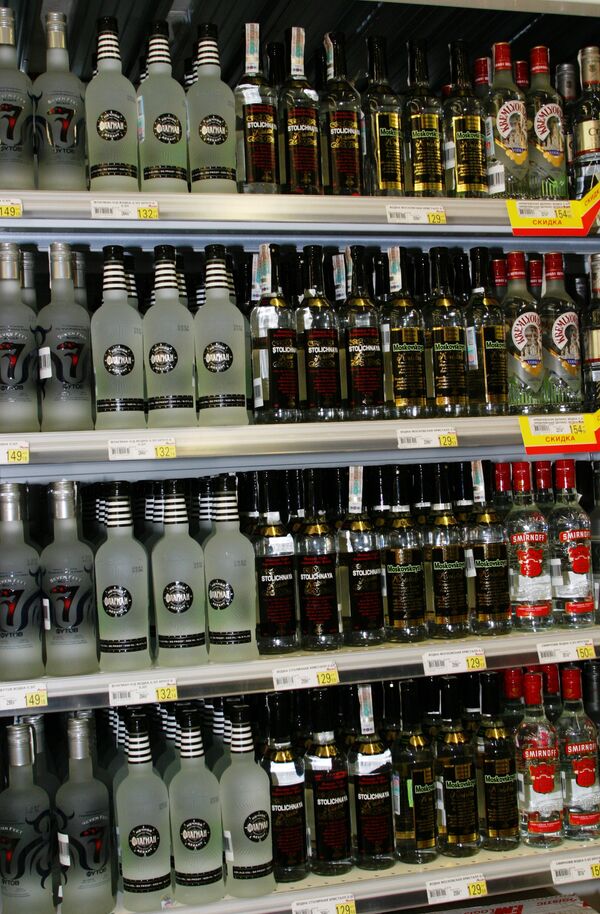 Russia introduced on Friday a minimum price of vodka in an effort to fight counterfeit alcohol production in the country.

From January 1, any 0.5l vodka bottle selling at below 89 rubles (almost $3) will be outlawed.
The price ban is one of the first government steps toward regulating the domestic alcohol market.

First Deputy Prime Minister Viktor Zubkov said earlier other measures in the sphere would be accomplished by July 1, 2010. Theses include the licensing of alcohol supplies, the introduction of a unified excise duty on alcohol, and tougher responsibility for the production and marketing of fake vodka.

Experts said the minimum vodka price and tougher punishment for failure to comply with it would enable controlling bodies to take action against wrongdoing on the part of retailers all across Russia.

However, representatives of large food chains said the new measure was unlikely to affect their sales. They also said they could substitute more expensive vodka with other spirits, including wine and beer.

Soviet leader Mikhail Gorbachev introduced prohibition in the Soviet Union in May 1985 in an attempt to put a halt to the rampant alcoholism that was already taking its toll on the nation's economy and health system. His efforts to steer the Soviets to abstinence were ultimately unsuccessful, however, and the illicit production of moonshine - 'samogon' - rocketed, not to mention a sudden rise in sales of medicinal and industrial spirit. The never-popular policy of prohibition was later quietly dropped.

Alcohol consumption in Russia is more than double the critical level set by the World Health Organization.