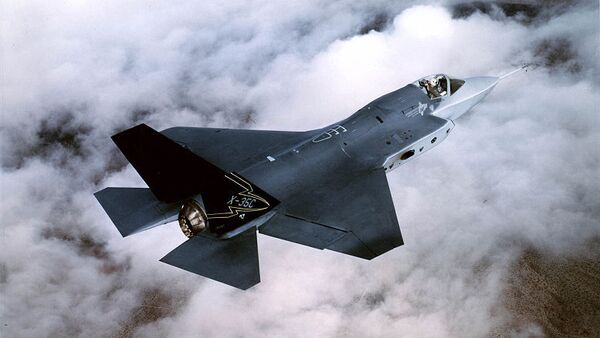 © Wikipedia
Subscribe
International
India
Africa
MOSCOW. (Ilya Kramnik, RIA Novosti military commentator) - It might sound bizarre to describe 2009 as "a year of war," but it is certainly true that this year has seen some impressive defense developments.

MOSCOW. (Ilya Kramnik, RIA Novosti military commentator) - It might sound bizarre to describe 2009 as "a year of war," but it is certainly true that this year has seen some impressive defense developments.

The ongoing global recession was the key factor influencing international defense developments, since it meant many countries had to make significant adjustments to their defense programs. Also, U.S. defense policy changed dramatically following the election of President Barack Obama.

The United States predictably cut their defense equipment acquisitions as well as their allocations for military R&D projects. The ambitious Future Combat System (FCS) program was the main victim of this new policy. The heated debate on the future of the F-22 fighter jets, that continued throughout 2008, concluded in 2009 with the aircraft being taken out of production. The U.S. armed forces will take delivery of the earlier contracted batch of 183 jets, but no further acquisitions are envisaged. Now a similar debate has flared up around the F-35 fighter. The cutting-edge jet remains expensive despite all the producer's promises of cuts.

As with the United States, Russia's defense programs were also influenced by the economic downturn, albeit in a different way. Many defense plants suffered from a lack of funds for most of the year, despite a formal increase in the state defense order. The federal budget was not approved on time, which led to delays in defense programs' financing, which, in turn, delayed their implementation.

Other factors also contributed to the slowdown. The Project 935 strategic missile submarine Yuri Dolgoruky was not commissioned, because of the repeated failures of its Bulava missile tests. Production difficulties cause delays in the deliveries of other new weapons to the armed forces. Even increased financing for defense R&D projects has so far failed to compensate for the destructive effects of the chaos of the 1990's.

It should also be noted that in some cases even stable and sufficient financing have failed to produce the required results in Russia. These effects are usually described in cautious euphemisms such as "ineffective appropriation of funds" which can imply anything from redundant staff to fraud, embezzlement and sabotage.

The year 2010 will mark the end of the first half of the 2006-2015 government rearmament program. But even now, with one year ahead, it is clear that part of these new weapons supply plans will not be fulfilled on time: in particular the Su-34 bombers, Mi-28N helicopters, Project 677 submarines, and S-400 artillery systems, as well as other complex equipment which has not been delivered in the required amounts.

As a result, Russia has so far failed to deal with its ageing military equipment, which spells disastrous consequences for the country's defenses in the next two decades, unless decisive measures are applied to halt and reverse this trend.

One possible measure could be the purchase of some vital military equipment abroad. The government has been mulling this possibility for a long time, until finally in 2009 they took a step forward and began talks on buying a Mistral-type carrier ship from France. It is difficult to say whether the contract will be signed, given the strong opposition to such plans in Russia. In addition, the ship may not be adaptable to Russian standards. However, it is clear that the Defense Ministry is, in principle, ready to take this unpopular step.

The U.S.-Russia negotiation of the new nuclear arms reduction terms was the most high-profile international discussion of this year. Having started out in conflicting positions, both sides have gone a long way to reach agreement on a number of key points, including: the number of remaining warheads and delivery vehicles, the restrictions on the "nuclear return potential" and the lifting of limitations on the deployment of Russia's mobile missile systems.

Strategic weapons remain an obvious priority for the Russian government, judging by the uninterrupted production of missiles for the Strategic Missile Force, and major investment in developing cutting-edge delivery vehicles which would be able to replace the aging Soviet equipment.

However, it is impossible to defend the country with strategic weapons alone. The world is living through an era of local conflicts, which are likely to keep flaring up in one region or another. To maintain its defenses in this new situation, Russia needs to re-equip its army with the latest equipment as soon as possible, since the recent military reform has so far failed to do away with its technological backwardness.