Russia to continue state support for key industries in 2010 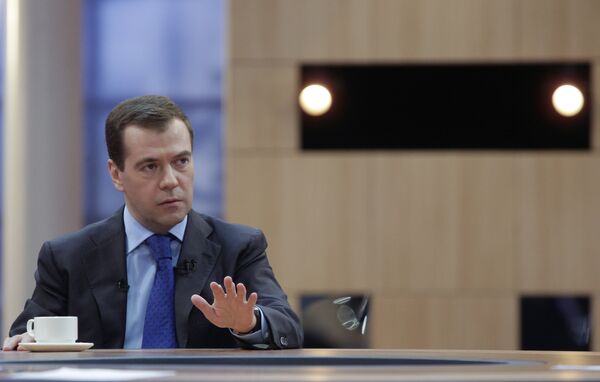 © RIA Novosti
/
Go to the photo bank
Subscribe
The Russian government will continue efforts to overcome the economic crisis in 2010, providing support for key industries, the president said on Wednesday.

The Russian government will continue efforts to overcome the economic crisis in 2010, providing support for key industries, the president said on Wednesday.

"We will work on our strategy for emerging from the crisis, and maintain support for sectors of industry that need it," Dmitry Medevedev told the final government meeting of the year.

He said that so far the state's anti-crisis measures "have proved successful. We have managed to maintain financial stability, prevent a critical devaluation, and prevent an imbalance in banking and credit mechanisms. As a result, our financial system is alive, and functioning well."

Prime Minister Vladimir Putin told the session that the government will also be focusing on improving the situation in cities dominated by a single industry, known as monocities.

"Special projects to support employment must be realized in monocities. We will start, as previously announced, with Togliatti," he said.

A large share of the working population of the Volga city is employed by the struggling carmaker AvtoVAZ.

The prime minister also pledged to ensure that pensions will not fall below the subsistence level.

"The cost of pension reforms is very high - more than 700 billion rubles, but we have made this choice consciously, understanding our responsibility and moral debt to the older generation," he said.