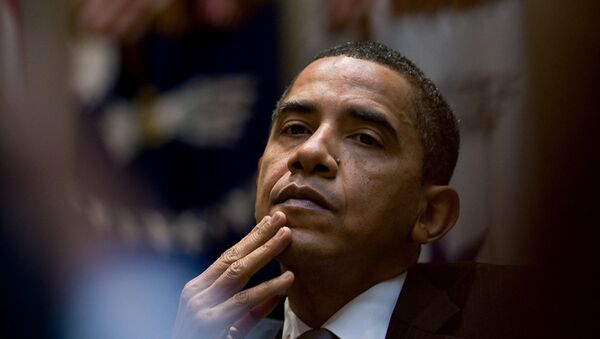 U.S. President Barack Obama said on Wednesday "a mix of human and systematic failures" was to blame for the failed Christmas Day bombing of the U.S.-bound plane with some 300 passengers.

U.S. President Barack Obama said on Wednesday "a mix of human and systematic failures" was to blame for the failed Christmas Day bombing of the U.S.-bound plane with some 300 passengers.

"There was a mix of human and systemic failures that contributed to this potential catastrophic breach of security," Obama said. "We need to learn from this episode and act quickly to fix the flaws in our system because our security is at stake and lives are at stake."

Umar Farouk Abdulmutallab, 23, boarded Northwest Airlines Flight 253 bound from Amsterdam to Detroit. During the flight, he set off an explosive device but thankfully, due to a technical fault, it did not detonate the way it was supposed to. Passengers and flight crew subdued him and he was arrested upon landing.

U.S. security officials have later confirmed that Abdulmutallab was on the U.S. list of terrorist suspects.

"When our government has information on a known extremist and that information is not shared and acted upon as it should have been, so that this extremist boards a plane with dangerous explosives that could cost nearly 300 lives, a systemic failure has occurred, and I consider that totally unacceptable," the president, who is now on vacation in Hawaii, said.

"We've achieved much since 9/11 in terms of collecting information that relates to terrorists and potential terrorist attacks," he said.

"The system that has been in place for years now is not sufficiently up to date to take full advantage of the information we collect and the knowledge we have," Obama went on.

He said that preliminary results of the investigation into the terror plot would be announced on Thursday. A more comprehensive review on the incident is expected in the next few weeks.

A regional branch of Al Qaeda has claimed responsibility for the attempted terrorist attack. While hailing the "brother" who carried out the attack in a statement posted on radical Islamist websites, the terrorist organization said it was retaliation for alleged U.S. strikes on Yemeni soil earlier in December.

Abdulmutallab also allegedly claimed after his arrest that he acted on instructions from Al Qaeda.