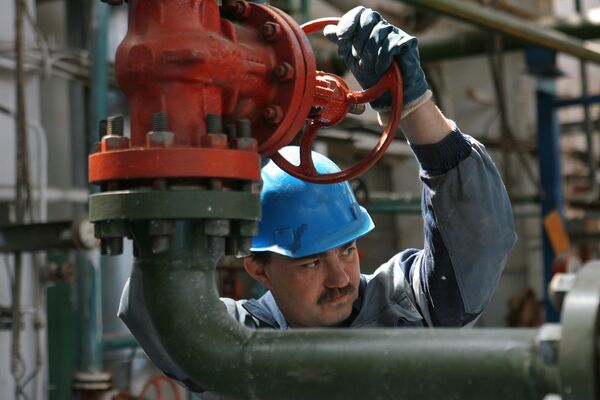 The statement came after Slovakia's government said earlier in the day that Russia had warned the EU of a possible cutoff of supplies to Slovakia, the Czech Republic and Hungary due to transit fee disagreements with Ukraine.

The warning echoed the two-week cutoff of Russian natural gas supplies to the European Union in early January this year amid a price and debt dispute between the two ex-Soviet neighbors.

The Ukrainian president's energy security adviser, Bohdan Sokolovskiy, said: "Ukraine is a reliable transit nation, and oil transits through its territory face no threats." He said transit talks are being held "at a corporate level."

Naftogaz and Russia's oil export monopoly Transneft are negotiating an increase in transit fees demanded by Ukraine and the volume of oil transits, Sokolovskiy said.

Russia's Energy Ministry said later on Monday it hopes the deal for 2010 will be reached in the next two days. "We expect the agreement to be coordinated and signed shortly, within one or two days," the ministry's press spokesman, Irina Yesipova said.

She said Russia had warned the EU of a possible disruption in line with its obligations of "early warning" about potential energy risks.