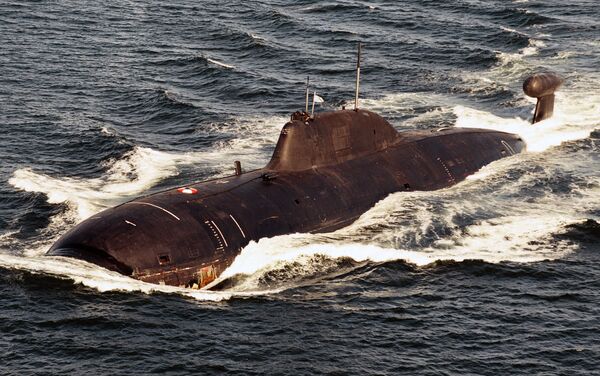 The submarine was officially commissioned in the town of Bolshoy Kamen in the Primorye Territory in the Russian Far East, home to the Amur shipyard Vostok repair facility which carried out the submarine's repairs.

Following repairs, which cost an estimated 1.9 billion rubles ($65 million), the submarine had been cleared for final sea trials.

The final sea trials had showed that the Nerpa nuclear submarine was ready to enter service with the Russian Navy.

The submarine will be subsequently leased to the Indian Navy under the name INS Chakra. India reportedly paid $650 million for a 10-year lease of the 12,000-ton K-152 Nerpa, an Akula II class nuclear-powered attack submarine.