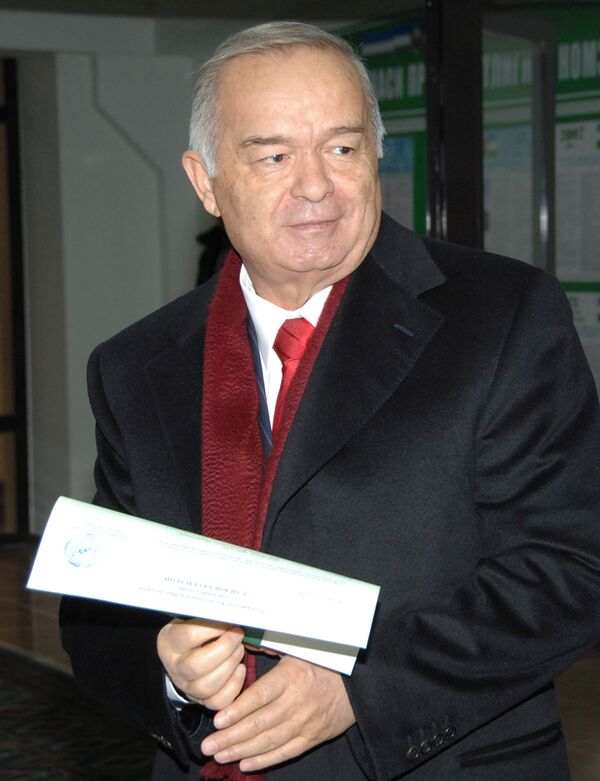 "I am convinced that the principles of justice and transparency will be strictly observed during today's election," he said as quoted by the presidential press service.

Uzbekistan is voting on Sunday in the election to the lower house of parliament, with 517 candidates contesting 150 seats in the ex-Soviet republic's legislature.

Over 270 observers from 36 countries and representatives of four international missions are monitoring the polls.

The number of seats in the lower house of Uzbekistan's bicameral parliament was increased last December from 120 to 150, with 15 seats reserved for election by the country's Ecological Movement.

In an interview with the Central Asia Online edition, Veronica Szente Goldston, Human Rights Watch Advocacy Director for Europe and Central Asia, described the election campaign in Uzbekistan as oppressed by the government.

Uzbekistan's top election body earlier on Sunday declared the election in the ex-Soviet republic valid, with more than 50% of registered voters casting their ballots.