U.S. Congress to hold hearings on A-330 attempted terror act 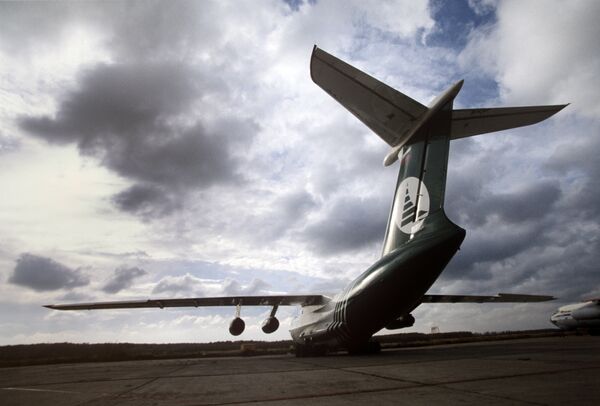 © RIA Novosti . Igor Mikhalyov
/
Go to the photo bank
Subscribe
U.S. Congress will hold hearings in January on an attempted act of terrorism on a plane arriving to the United States earlier this week.

U.S. Congress will hold hearings in January on an attempted act of terrorism on a plane arriving to the United States earlier this week.

A Nigerian national tried to ignite an explosive devise on an A-330 airliner approaching Detroit from Amsterdam, the Netherlands, on Friday. The 23-year-old man was overpowered by some of the 278 passengers and 11 crew aboard the liner.

Earlier reports said the suspected terrorist, Umar Farouk Abdul Mutallab, injured himself and several passengers. The man, who was detained after the landing, told investigators he acted on instructions from Al-Qaeda. U.S. security officials confirmed that his name was on the U.S. list of terrorist suspects.

Republican Senator Susan Collins said on Saturday the fact the man managed to bring explosives on board of a plane was very alarming. She said the incident reminds that terrorism remains a real threat.

Democratic Congressman Bennie Thompson, head of the Committee of Homeland Security in the House of Representatives, pledged to carry out investigation into the incident and to propose new security measures on airlines.

He said congressional hearings on the issue will take place in January.

Airline passengers on flights to the U.S. were undergoing body searches and faced new limits on hand luggage in Europe on Saturday.

Authorities in Britain, where the suspect studied at a university, pledged the U.S. assistance in investigating the case. On Saturday, police in London searched a house where the man is thought to have lived.