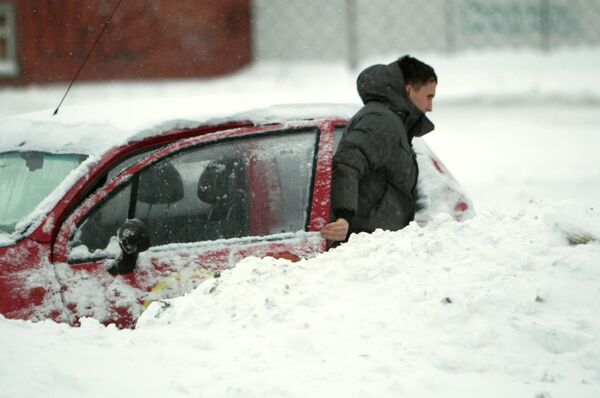 Heavy snowstorms have caused the delay of 14 flights and affected train traffic in St. Petersburg.

The Russian second city's international airport Pulkovo listed 14 flights, including from Moscow, Paris, Salzburg, Helsinki, Hurghada and Barcelona, as delayed as of 6:10 p.m. Moscow time on Saturday, but said airlines from Pulkovo have not been affected.

Commuter and other trains have been insignificantly delayed, the city's railroad officials said.

St. Petersburg has the worst snow it has seen in December since 1881, meteorologists said. As of Tuesday, the city is under 35 cm of snow that has been falling since Thursday night hampering car traffic and leading to an increase in accidents.

Authorities called on city residents on Saturday for helping remove snow from streets as machines have not been coping with the task.

"I am appealing to everyone, to your conscience, come to fight the elements," St. Petersburg Governor Valentina Matviyenko said speaking live on Radio Russia.

Authorities said troops and emergencies workers will be engaged in cleaning the streets on Sunday.