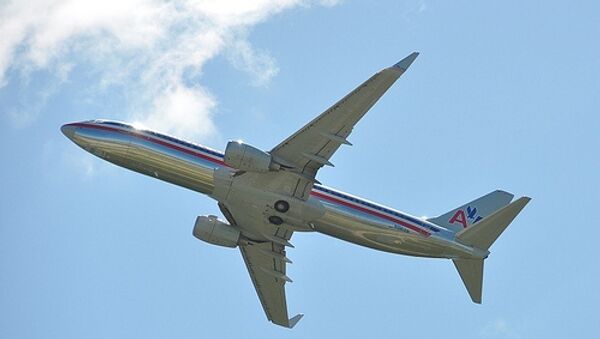 Subscribe
A self-proclaimed terrorist detained at Detroit airport after allegedly trying to blow up a plane has appeared on a U.S. intelligence agency's "watch-list".

A self-proclaimed terrorist detained at Detroit airport after allegedly trying to blow up a plane has appeared on a U.S. intelligence agency's "watch-list", the ranking member of the U.S. Senate Homeland Security Committee told CNN.

On Friday, U.S. intelligence officials arrested a passenger who reportedly ignited a "powdery substance" on Northwest Flight 253 from Amsterdam after the plane arrived at Detroit's Metropolitan Airport in Michigan, injuring himself and several other passengers.

The suspect, who was detained immediately after the incident, told investigators that he was directed by Al Qaeda.

Peter King confirmed that the man, identified as Nigerian citizen Abdul Mudallad, 23, probably had terrorist links as investigators discovered his name in the intelligence agency's list.

However, the man reportedly has not appeared on the U.S. Government's "no-fly" list.

According to ABC News, the suspect, an engineering student at University College London, told investigators that he had explosive powder taped to his leg and used a syringe of chemicals to detonate the powder.

ABC said the man's visa stated that he was travelling to the US for a religious ceremony.

The suspect was initially believed to have set off firecrackers on board the plane, which was reportedly carrying 278 passengers from the Dutch capital.

Delta Airlines, which owns Northwest, said the passenger had caused a commotion on board the plane.

The White House described the incident as terrorism-related. "We believe this was an attempted act of terrorism," a White House official said.

U.S. President Barack Obama was notified of the attack while on holiday in Hawaii and ordered airline security to be tightened.