Over 40 dead as bus falls into ravine in Peru 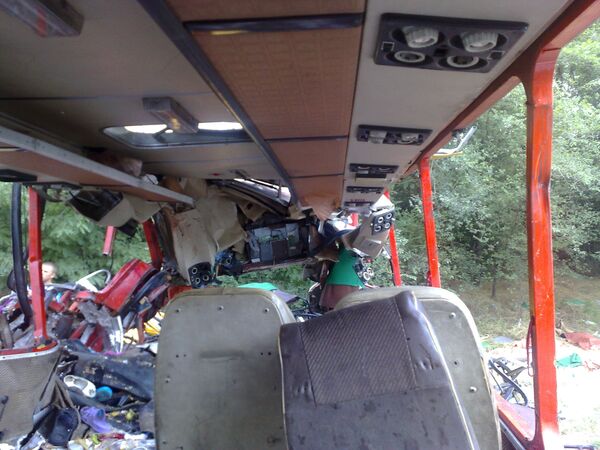 A total of 41 people were killed and 26 injured when a bus rolled over the edge of a cliff in Peru, a nationwide radio, Radio Programas del Peru, said on its website on Friday.

The bus, traveling between two southern provinces of Arequipa and Chumbivilcas, veered off the road and tumbled a hundred meters down a ravine in the Andes. The owner had no license to transport passengers.

A total of 40 people died immediately, and one later in hospital.

Eight minors are among the injured, one of them is "less than one year old," the radio said.

The cause of the incident is being established, but it is believed to have been caused either by a technical failure or by wet roads.

Peru is notorious for its high number of traffic accidents, particularly in the mountains. The problem is made worse by the poor condition of roads and vehicles, and careless driving. In addition, a driver's license can be illegally bought in the country for a mere $30.

Over 3,500 people are killed and 50,000 injured in road accidents in the country annually. Financial losses from traffic accidents are estimated at about a billion dollars, about one third of the country's healthcare spending.