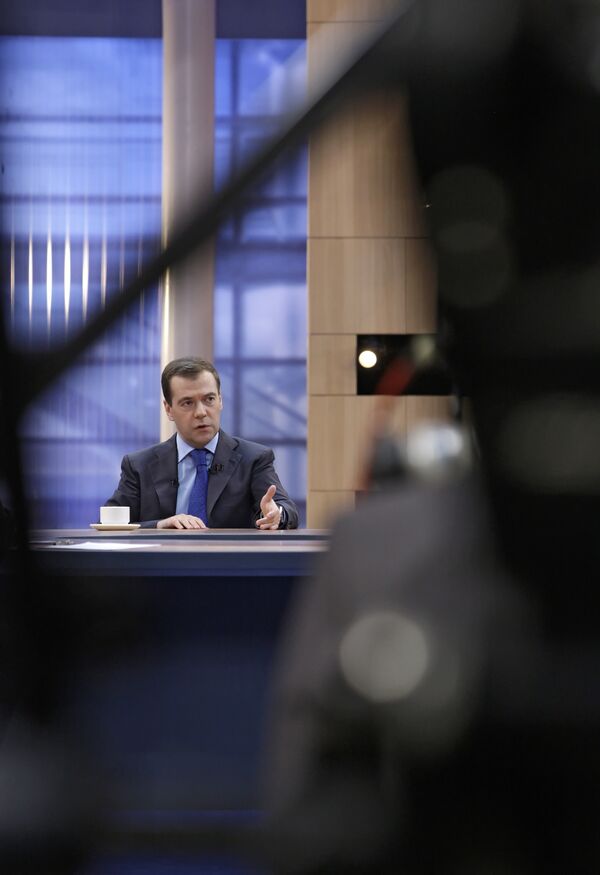 Russian President Dmitry Medvedev signed Thursday a decree to streamline the law enforcement structure, in particular ordering staff cuts and instituting the rotation of senior personnel at the Interior Ministry.

Russian President Dmitry Medvedev signed Thursday a decree to streamline the law enforcement structure, in particular ordering staff cuts and instituting the rotation of senior personnel at the Interior Ministry.

The government was told to downsize Interior Ministry personnel by 20% before January 1, 2012.

He also ordered the closure of two ministry departments, according to the Kremlin press service.

The departments in question were not specified.

The decree also orders the interior minister to review personnel selection procedures with a view to making the force better motivated, focused and professional.

The minister was given three months to work out an anti-corruption program.

Calls for police reform were spurred by a number of incidents involving Interior Ministry officers. In the worst incident, which occurred in April, Denis Yevsyukov, then a police major, took a taxi to a supermarket in southern Moscow, where he shot the driver dead, before walking into a store and killed two more people and wounded six others.

Medvedev has pledged radical changes to the Interior Ministry's structure, but said responsible workers would retain their jobs. Redundancies could be balanced with higher salaries for those police officers who will survive the reform, according to the president.

In a live interview aired by three federal television channels earlier on Thursday, the president, who recently dismissed a number of regional penitentiary officials, also demanded order in the system which he said had "substantial drawbacks."

Medvedev fired Major General Anatoly Mikhalkin, head of the tax crimes department in the Interior Ministry's Moscow branch, on suspicion of his being responsible for Magnitsky's death, and ordered a probe into the incident.