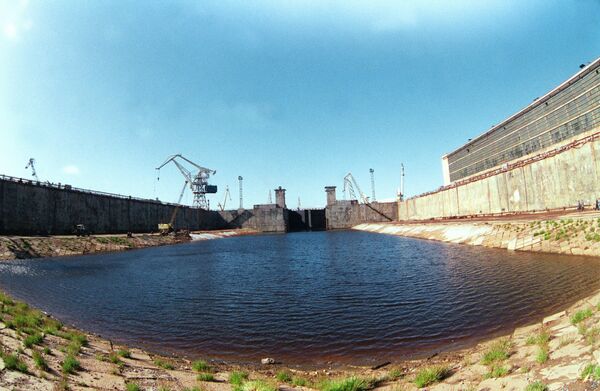 © RIA Novosti . A. Solomonov
/
Go to the mediabank
Subscribe

A spokesman for the Malakhit design bureau said dockside tests on the Severodvinsk, a Project 885 Yasen (Graney) class submarine, would start later this month and be completed some time next year.

Construction of the submarine began in 1993 but has since been dogged by financial setbacks.

Graney-class nuclear submarines combine the ability to launch a variety of long-range cruise missiles (up to 3,100 miles) with nuclear warheads, and effectively engage submarines, surface warships and land-based targets.

In July, work started on a second sub in the series, the Kazan, which will feature more advanced equipment and weaponry.

The submarine's armament will include 24 cruise missiles, including the 3M51 Alfa SLCM, the SS-NX-26 Oniks SLCM or the SS-N-21 Granat/Sampson SLCM. It will also have eight torpedo launchers, as well as mines and anti-ship missiles such as SS-N-16 Stallion.