Russia urges Israelis, Palestinians to give up unilateral actions 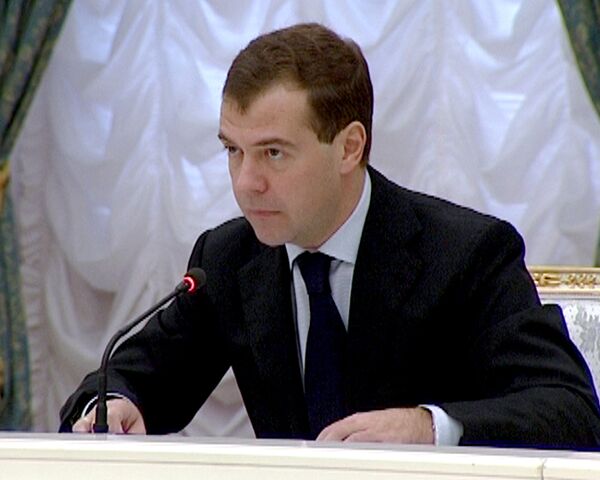 Russian President Dmitry Medvedev urged on Monday Israelis and Palestinians to follow the roadmap of the Middle East peace settlement and give up unilateral actions.

Russian President Dmitry Medvedev urged on Monday Israelis and Palestinians to follow the roadmap of the Middle East peace settlement and give up unilateral actions.

"I am convinced that the resetting of the peace process requires energetic efforts of the quartet of international mediators, interested regional parties, and the entire international community," Medvedev said in a message to Egyptian President Hosni Mubarak.

The Russian president's letter was handed over to the Egyptian leader by Russian Foreign Minister Sergei Lavrov who is on a visit to Cairo.

Under the internationally agreed roadmap for Middle East peace, Israel is obliged to freeze construction and remove unauthorized outposts built since 2001 from the Palestinian territories.

The issue of settlement construction in the West Bank, occupied by Israel since the 1967 Arab-Israeli War, has been the main obstacle to reviving peace talks with the Palestinians.

The Palestinian National Authority has refused to return to the negotiating table until the construction is completely halted.

Medvedev also said in his letter that the quickest restoration of the Palestinian unity based on the platform of the Palestine Liberation Organization and the Arab Peace Initiative was yet another topical issue on the agenda of the Middle East settlement.

Medvedev said it was extremely important "to make the Middle East a zone free of all types of weapons of mass destruction and their delivery vehicles."