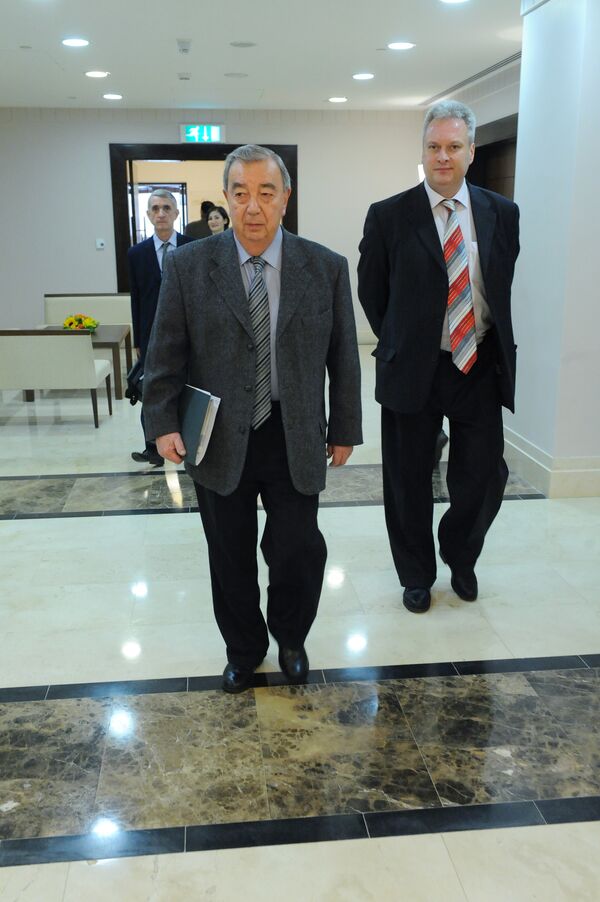 Any attack on Iran's nuclear facilities would have "horrible and unpredictable consequences," a former Russian prime minister said on Monday.

Any attack on Iran's nuclear facilities would have "horrible and unpredictable consequences," a former Russian prime minister said on Monday.

Yevgeny Primakov told an international Middle East conference in Jordan that an attempt to solve the issue of Iran's nuclear program by force would only further radicalize Tehran.

"In that situation, Iran could consider it absolutely vital to have nuclear weapons," he said.

Primakov was speaking at an international conference called "Middle East 2020: Is a Comprehensive Settlement Possible?"

The event, which kicked off on Sunday, was organized by the Russian News & Information Agency RIA Novosti and the Russian Council for Foreign and Defense Policy within the framework of the Valdai International Discussion Club.

He also stressed that Iran had become a regional power.

"We owe this to the Americans," he said. "When they launched their operation in Iraq, they destroyed the balance of forces that had existed for years. Iran has attained the level of a Middle East power that must be reckoned with."

Iran has said it will consider any military action against its nuclear facilities as a declaration of war. It has also warned that if attacked, it will launch missiles at Israel and close off the strategic Strait of Hormuz, a narrow outlet for oil tankers leaving the Persian Gulf.

The country denies Western allegations that its nuclear program is a cover for atomic weapons development.