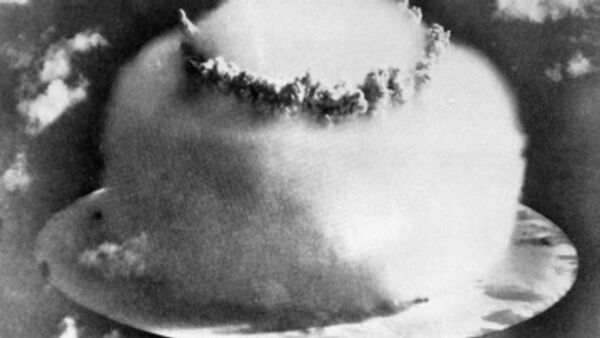 Subscribe
Russian experts are convinced that the international community would fail in its efforts to keep the Middle East nuclear-free, according to a report prepared for an international conference in Jordan.

JORDAN, December 21 (RIA Novosti) - Russian experts are convinced that the international community would fail in its efforts to keep the Middle East nuclear-free, according to a report prepared for an international conference in Jordan.

A group of Russian experts has prepared its report on the future situation in the Middle East, which was presented during a regional security conference currently underway in Jordan.

According to the report, the idea of nuclear-free Middle East "has no real perspective due to Israel's refusal to join the non-proliferation treaty." It also says the possibility of Iran getting nuclear weapons was "high."

In addition, some countries in the region might purchase nuclear warheads in North Korea, the report says.

"If there is little chance to stop [nuclear] proliferation, we should think of how to make nuclear weapons a stabilizing factor under the new circumstances," Russian experts say in the report.

According to the report, there are several ways of maintaining security in the area, including a joint shield for Middle East states with the participation of Russia and the U.S. or a collective regional missile defense system.

Experts also say that a mutual deterrence system on the India-Pakistan model is also possible, as well as a deal between Iran and Israel to mutually reject nuclear weapons.

The international conference on Middle East regional security opened in Jordan this weekend. It was organized by the Russian News & Information Agency RIA Novosti and the Russian Council for Foreign and Defense Policy within the framework of the Valdai International Discussion Club.