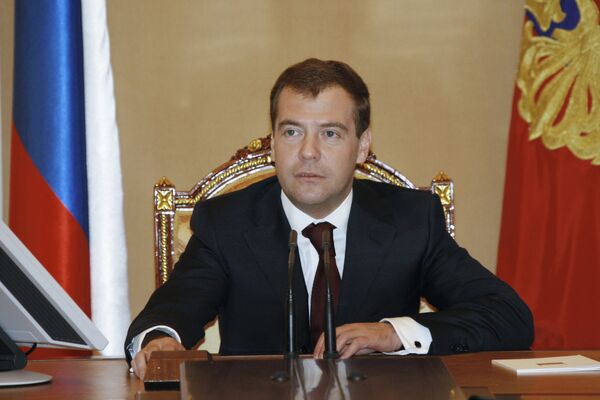 "Russian special services have a very important role in ensuring the country's security and sovereignty," Medvedev said in an address to officers and veterans.

"The solution of such tasks as fighting terrorism, protecting state border, countering corruption and offenses in the economic sphere - which means stability in society and reliable protection of Russian citizens' rights and freedoms - depends on your expertise, professional training and personal courage," he said.

"Today, the growing intelligence, technological and analytical opportunities of special services should be used more effectively to prevent internal and external threats to our state," Medvedev said.

"I am convinced that your professionalism and loyalty to the [common] cause will keep contributing to ensuring Russia's national interests and its successful development," he said.

A Nevsky Express train bound from Moscow to Russia's second largest city St. Petersburg derailed in late November as a result of a bomb attack, killing 27 people and injuring over 90.