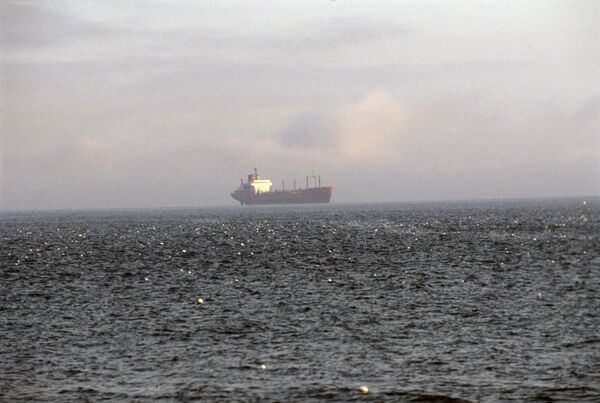 © RIA Novosti . Vladimir Vyatkin
/
Go to the photo bank
Subscribe
The accident with a Moldova-flagged cargo vessel, which broke into two during a powerful storm off Russia's Black Sea resort of Sochi, did not cause any oil spill, the regional emergencies ministry said Sunday.

The accident with a Moldova-flagged cargo vessel, which broke into two during a powerful storm off Russia's Black Sea resort of Sochi, did not cause any oil spill, the regional emergencies ministry said Sunday.

The Aras-1 ship, with 37 tons of diesel fuel inside, was thrown by waves onto a beach in the early hours on Sunday. All 13 crew members were rescued.

"There has been no oil spill from the ship so far. Now we are solving the problem of pumping diesel fuel with the help of a floating crane. The ship's hull is thin like a foil. In Russia, we would not have allowed a vessel in such a condition to make a voyage," Nikolai Shustov, a ministry spokesman, said.

According to the ministry's estimates, the vessel has been in operation for 30 years and its wear is the main cause of the shipwreck.

During a powerful storm on November 11, 2007, four ships sank and six ran aground in the channel between Russia and Ukraine that links the Black and Azov seas. Two oil tankers were damaged, causing a spill of around 2,000 metric tons of fuel oil.