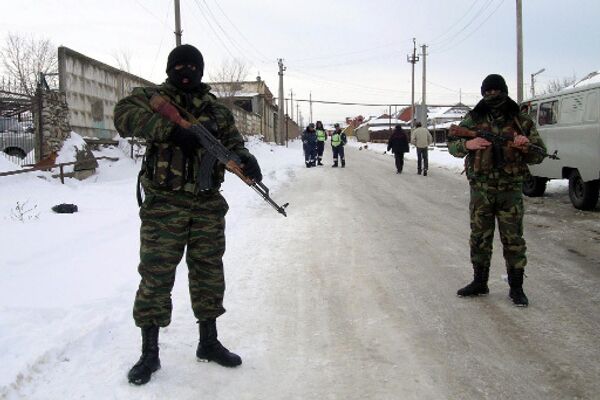 A Chechen militant leader has been killed in an ongoing special operation in Chechnya's Vedeno District, Chechen President Ramzan Kadyrov said on Friday.

On Thursday law enforcers surrounded a group of militants led by Aslan Izrailov in a mountainous region of southern Chechnya.

"An influential militant leader... has been eliminated," the Chechen president said.

He added that the killing of 40-year-old Izrailov would be "a serious blow" to militant groups acting on the administrative border between Chechnya's Vedeno and Nozhai-Yurt districts.

Izrailov had allegedly been involved in the murders of police officers and servicemen.