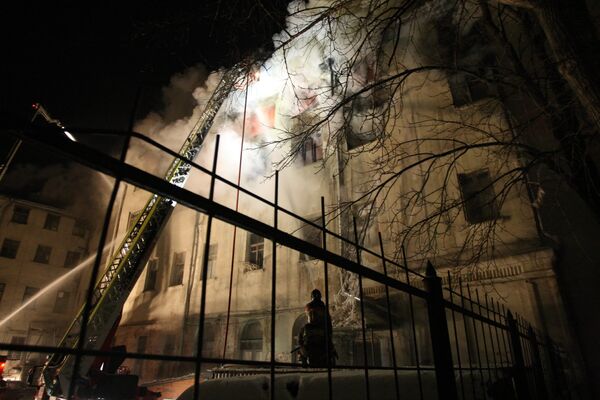 A large fire, which broke out in an old residential house in the center of Moscow early on Friday, was successfully put out

MOSCOW, December 18 (RIA Novosti) - A large fire that broke out in an old residential building in the center of Moscow early on Friday has been successfully put out, a spokesman for a local emergencies service said.

He said 124 people, including 14 children, were evacuated from the building during a rescue operation.

No people were reported injured in the blaze.