The last reformer of the 20th century 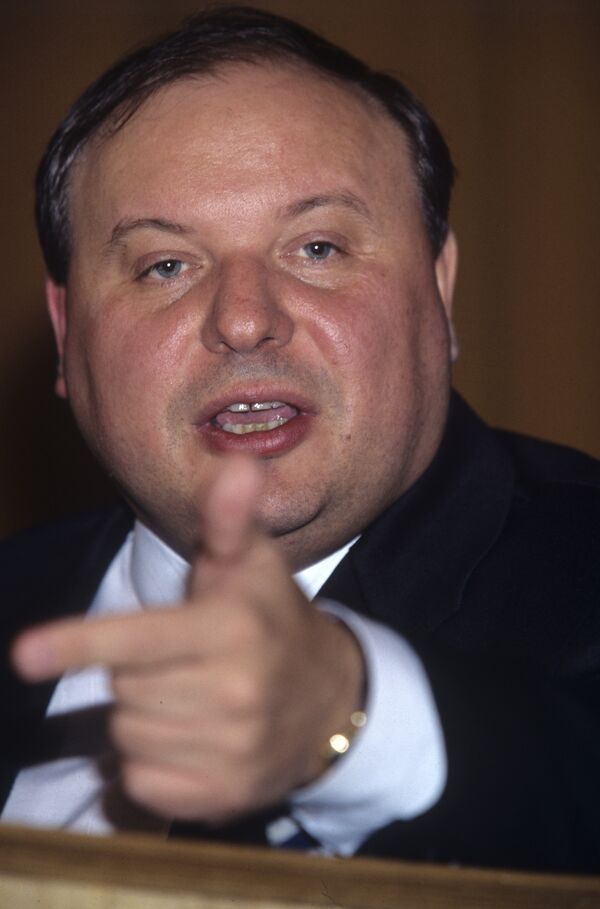 © RIA Novosti . Igor Mikhalev
/
Go to the photo bank
Subscribe
MOSCOW. (RIA Novosti political commentator Nikolai Troitsky) - The year 2009, it appears, has not yet harvested its deadly crop. On Wednesday, December 16, fifteen days before the New Year, Yegor Gaidar, a statesman, politician and economist died suddenly at the untimely age of 54.

MOSCOW. (RIA Novosti political commentator Nikolai Troitsky) - The year 2009, it appears, has not yet harvested its deadly crop. On Wednesday, December 16, fifteen days before the New Year, Yegor Gaidar, a statesman, politician and economist died suddenly at the untimely age of 54.

Gaidar was never a full head of government, though he was the acting prime minister for six months, but it was Gaidar who took on the job of giving substance to radical economic reforms that changed the country's face. President Yeltsin gave him political backing, but Gaidar and his team had to act on their own, at their own peril and risk.

Even today it is hard to grasp the full meaning of these reforms - a turning point in Russian history. Big things are better seen from a distance and only time puts everything in perspective. Yegor Gaidar was destined to share the fate of all reformers - lack of understanding, curses and "angry comments." He earned both the respect of a small number of liberally minded citizens and the bitter hatred of most other people.

He behaved according to the slightly paraphrased words of the poet Pushkin: "accept reviling and slander with equal indifference." He was aware of and recognized the unpopularity of the reforms he considered critical. The term "shock therapy" that entered popular usage in the early 1990s was well based. Moreover, there was the conviction that Gaidar and his team acted without a plan, playing it by ear, and proceeding almost by reckless guesswork.

The reform makers undertook something no one did before them. They had no ready-made recipes for converting a country as vast as Russia from socialism to capitalism. They had to improvise, and these improvisations had a painful effect on the people.

The price reform of January 1992 became the most notorious step taken by the government whose informal leader was Gaidar. It in fact abandoned all government control of prices for any goods, including basic necessities. The result was quick to follow: empty shelves in shops filled up, but living standard declined drastically, especially since the reforms wiped out all Soviet-era savings. Incomes could not rise as quickly.

Gaidar was never forgiven for that. In addition, he was left holding the baby for hyperinflation, a fall in industrial production, and for social inequality, all of which were the result of a failing and totally unpractical Soviet economic model.

Gaidar had to step down. Yeltsin acted as a typical politician: his placeman had done his job and could and should be sacrificed. Gaidar was replaced by Viktor Chernomyrdin, a hard-nosed manager. Chernomyrdin in effect followed the same course, but he was not rejected out of hand by the elite or the broad electorate.

Gaidar remained in politics. Once he even staged a short-lived comeback to government to support the president in the fall of 1993 in the latter's opposition to parliament. Later he switched over to law-making.

He founded the Democratic Choice of Russia party, which polled 15% of votes at the elections to the first State Duma, the lower house of parliament in December 1993. It was the Kremlin's first unsuccessful attempt at forming a party of power. In the 1995 elections, the Democratic Choice failed to cross the 5% eligibility threshold.

Gaidar left a trail of human misery behind him and that did not help the success of his party. And he gradually abandoned politics to focus on research at the Institute of the Economy in Transition. He wrote several books. In the one most known, "Collapse of an Empire," he argued that the Soviet economy was ineffective and doomed to fail. In addition, he and the staff of his institute provided unofficial expert advice to the Russian government.

The cabinet of ministers formed in the early 1990s under Yeltsin's aegis was dubbed a "kamikaze cabinet." The comparison seemed out of place at the time. But such an early death is a sad sign. Shock reforms do not pass without a trace for their architect either, having taken away quite a number of years from his life.