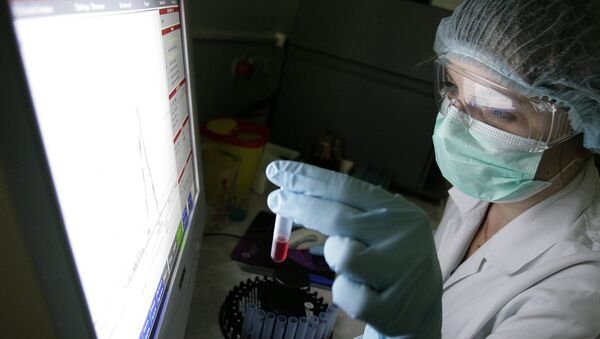 A British epidemiologist said on Tuesday he was worried by close links between World Health Organization (WHO) officials and pharmaceutical companies over swine flu.

MOSCOW, December 15 (RIA Novosti) - A British epidemiologist said on Tuesday he was worried by close links between World Health Organization (WHO) officials and pharmaceutical companies over swine flu.

Recent Danish media reports alleged that the WHO, which on June 11 declared swine flu a pandemic, has teamed up with pharmaceutical companies to create a scare and cash in on selling a remedy.

In an interview with Russia's BFM.ru, Tom Jefferson, a scientist currently based in Rome, said that although he personally did not believe in plots, "I am a bit worried about what I have observed."

He said WHO expert committees have "people with extensive ties to the industry or decision-makers who have explicitly kept on producing apocalyptic forecasts year in, year out."

Another disturbing fact, he said, was "the absence (with a few exceptions) of disclosure of competing interests during committee meetings" and in addition to that, there was a mysterious "swine flu committee of 12 who apparently advises the WHO Director General."

Jefferson also pointed to the low quality of the science base in WHO documents and selective use of evidence to make decisions, as well as the WHO's "obsession with pharmacological intervention (vaccines and antivirals)."

"It would appear that WHO has very close links to the pharmaceutical industry."

He said he and his colleagues recently demonstrated that influenza vaccines "have risen to scientific prominence probably because of the hunger of scientific journals for pharmaceutical sponsorship."

Meanwhile, there is no cause for panic, since the swine flu is "not particularly deadly."

Commenting on reports that Russian drugstores, even in Moscow, have encountered a shortage of antivirals and breathing masks, he said that masks and other barriers like hand washing and distancing were highly effective against all respiratory viruses, not just influenza.

However, he said no evidence had been found of "the action of Tamiflu or Relenza on the influenza pandemic virus."

The WHO said on Thursday some 800 people died from the A/H1N1 virus in the first week of December, bringing the death toll to 9,596.