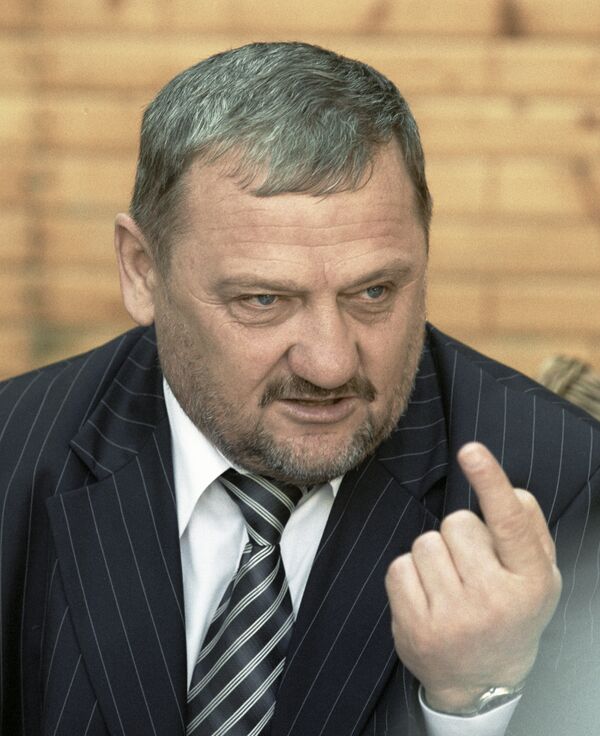 "Akhmad-Haji Kadyrov is a person whose name can justly be given to such an award, as it was he who led the Chechen people to the way of peace, at the cost of his life," Dukuvakhi Abdurakhmanov, speaker of the south Russian republic's parliament, said in a statement.

The lawmaker said Kadyrov led the republic through the hardest period of its history.

"Supported by the federal authorities, Akhmad-Haji Kadyrov managed to find the means of uniting the Chechen people; he not only consolidated the nation, he gave his life for peace on Russian soil," he said.

Akhmad Kadyrov was killed by a bomb explosion in a stadium in Chechnya's capital, Grozny, during a WWII victory parade on May 9, 2004.

In the 1990s, during and after the First Chechen War, Kadyrov was the Chief Mufti of the Chechen Republic of Ichkeria. At the outbreak of the Second Chechen War, he switched sides, offering his service to the Russian government.

Before he was elected president in October 2003, Kadyrov had been serving as head of administration since July 2000.

His son, Ramzan Kadyrov, is currently the Chechen president.