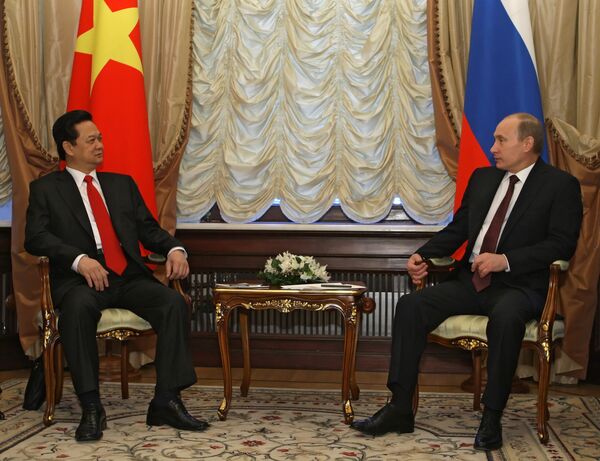 "Vietnam has signed a contract to buy submarines, aircraft and other military equipment with the Russian side," he told reporters after negotiations with Russian Prime Minister Vladimir Putin.

No details on the contract terms, sum involved, or types of military systems have been made available, but according to earlier media reports, Russia plans to sell Vietnam six Kilo-class Project 636 diesel-electric submarines, worth $1.8 billion.

The Project 636 Kilo-class submarine is thought to be one of the world's most silent subs. It has been specifically designed for anti-shipping and anti-submarine operations in relatively shallow waters.

The Project-677, or Lada-class, diesel submarine, whose export version is known as the Amur 1650, features a new anti-sonar coating for its hull, an extended cruising range, and advanced anti-ship and anti-submarine weaponry.

Both submarines are equipped with advanced Club-S integrated missile systems.