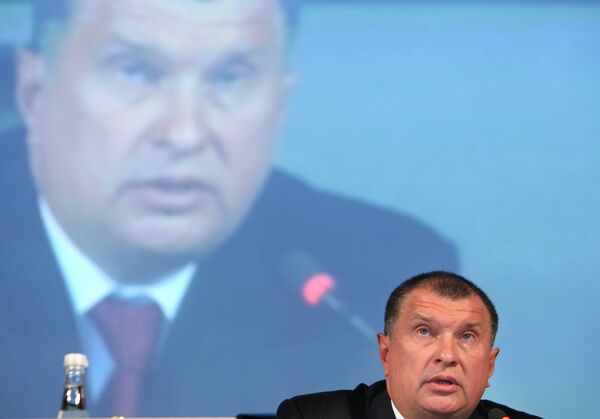 Natural gas exports have been hit by lower demand in Europe, contributing 380 billion rubles ($12.3 billion) to the budget, 9% below the planned figure

Sechin said that revenues from oil exports were higher than the planned figure as Russia put three new deposits - Vankor, Talakan and Verkhechonsk - in east Siberia in operation.

At the same time, Sechin said that Russia's natural gas output had reached 575 billion cubic meters since January 1, compared with 663 billion cu m for all of 2008.

"The figure for gas output is 575 billion cu m. We are suffering the biggest losses in this sector and here we have to carry out energetic work to preserve our markets," Sechin told a government meeting with the president on energy issues.