U.S. will be successful in Afghanistan - Gen. Stanley McChrystal 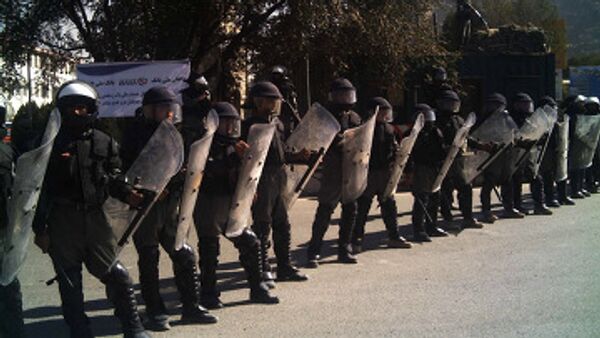 The United States be successful in Afghanistan although it will be difficult, the top U.S. military commander in the war-ravaged Central Asian country said Tuesday.

MOSCOW, December 9 (RIA Novosti) - The United States be successful in Afghanistan although it will be difficult, the top U.S. military commander in the war-ravaged Central Asian country said Tuesday.

"I believe we will absolutely be successful," Gen. Stanley McChrystal told members of Congress.

"I believe the next 18 months are critical, especially in the eyes of the Afghan people and the insurgency. I believe for these 18 months we're going to make tremendous progress ... while we simultaneously grow the Afghan capacity to provide for long-term security," McChrystal was quoted as saying by CNN.

U.S. President Barack Obama announced his decision to increase the U.S. troop numbers in a televised address to the nation on December 1.

"The 30,000 additional troops that I am announcing tonight will deploy in the first part of 2010 - the fastest pace possible - so that they can target the insurgency and secure key population centers," he said.

There are a total of 112,000 foreign soldiers in Afghanistan. The U.S. has some 68,000 soldiers in the country, and the number will increase to 98,000 when the new troops are deployed.

The U.S.-led campaign toppled the Taliban movement from power in Afghanistan in 2001. But the radical Islamic group has stepped up attacks of late, with suicide bombings and other violence an almost daily occurrence.