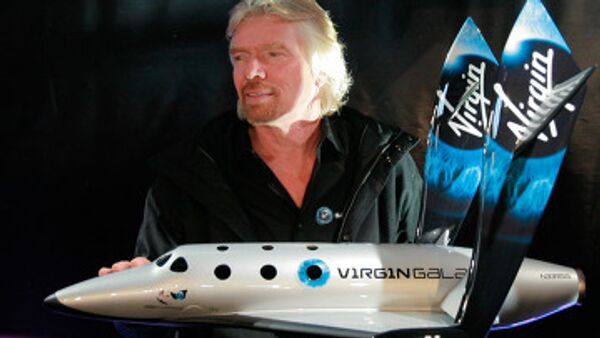 The ceremony was held at the Mojave Spaceport in California.

"We want this program to be a whole new beginning in a commercial era of space travel," the founder of the Virgin Group, British billionaire Sir Richard Branson, said.

A total of 300 people across the world, including at least 11 Russians, have booked tickets for suborbital flights with Virgin Galactic. Another 85,000 people have filed flight applications on the agency's website.

According to designers, a SpaceShipTwo vehicle will take the passengers to an altitude of 110 km (68.3 miles) during a 2.5-hour flight with a five-minute period of weightlessness, when passengers will be able to release themselves from their seats and float around the cabin.

The Virgin Galactic plans to initially operate a fleet of five of these craft.

Branson, earlier said he and some of his family members would take a flight on SpaceShipTwo a year or so before commercial flights are launched.

Russia is currently the only country, which provides space flights for tourists on board its Soyuz spacecraft. Flights blast off from the Baikonur space center in Kazakhstan. The trip, which lasts around a week, costs around $30 million.