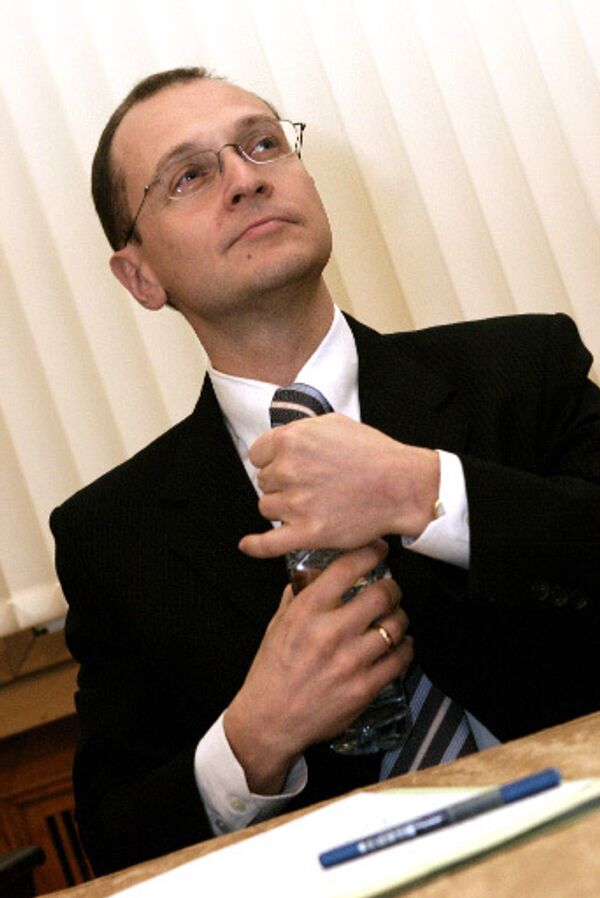 © Ruslan Krivobok
Subscribe
The first reactor of the Kudankulam nuclear power plant in India will be launched in 2010 as scheduled, Russia's nuclear chief Sergei Kiriyenko said.

The first reactor of the Kudankulam nuclear power plant in India will be launched in 2010 as scheduled, Russia's nuclear chief Sergei Kiriyenko said.

The power plant is being built under a Russian design, using Russian technology and expertise, with Indian companies engaged in the construction and mounting work.

Atomstroyexport, Russia's nuclear power equipment and service export monopoly, has been building two reactors for the plant since 2002 in line with a 1988 deal between India and the Soviet Union and an addendum signed 10 years later.

Kiriyenko said that an agreement on cooperation in civilian nuclear energy use initialed by Russia and India on Monday was worth several dozens billion U.S. dollars.

After his talks with Indian Prime Manmohan Singh in the Kremlin on Monday, Russian President Dmitry Medvedev said that the bilateral agreement on civilian nuclear energy cooperation paved the way for large-scale joint work in this area.

"We have many projects in the energy sphere. A part of them, the larger part, is related to nuclear power engineering," Medvedev said, adding that the document allowed both countries to develop cooperation for years to come.