START I treaty ends: what lies ahead? 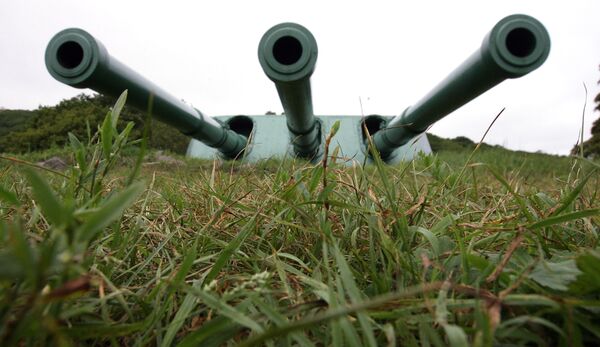 On December 5, 2009, the Strategic Arms Reduction Treaty (START I), one of the key arms control treaties ended. This carefully developed agreement, which included a wide range of mutual monitoring measures, was signed before the collapse of the Soviet Union, but came into force only in December 1994.

On December 5, 2009, the Strategic Arms Reduction Treaty (START I), one of the key arms control treaties ended. This carefully developed agreement, which included a wide range of mutual monitoring measures, was signed before the collapse of the Soviet Union, but came into force only in December 1994.

According to the START I treaty, Moscow and Washington pledged to reduce their nuclear arsenals during seven years to 6,000 warheads. Part of the agreement was the Memorandum of Understanding, which defined the rules for counting warheads for every type of intercontinental ballistic missile (ICBM), submarine-launched ballistic missile (SLBM) and heavy (strategic) bomber.

In January 1993, the Russian Federation and the U.S. signed an additional treaty on the limitations of strategic nuclear forces (START II). This treaty was mostly based on the procedures and provisions agreed upon at the signing of START I, enacting only new quantitative limits (up to 3,000-3,500 warheads until January 1, 2003) and some new procedures.

The U.S. Congress ratified the START II treaty in January 1996, but in Russia the ratification process dragged on until April 2000. The formal reason for this was the lack of sufficient funds in Russia's federal budget. The real reasons stemmed from the worsening of Russian-U.S. relations given NATO's military intervention in the Balkans. Unfortunately, in June 2002, the U.S. withdrew from the Anti-Ballistic Missile Treaty (1972), which prevented START II from coming into force. Nevertheless, both sides fulfilled the START II provisions that corresponded to their national interests. Among other things, Russia stopped destroying its heavy missiles and refitting ICBMs with single warheads.

One month earlier in Moscow, the framework Strategic Offensive Reductions Treaty (SORT) was signed. The only thing that the sides were able to agree on was the minimum levels of operationally deployed strategic nuclear warheads (1700-2200). According to the treaty, reduction of the number of warheads must be concluded by the end of 2012.

The signatories determine the sequence of the process of nuclear disarmament and the content and structure of each nation's strategic nuclear forces independently of one another. All of this was no problem during the validity period of START I, but could be a problem now if a new treaty on a reduction of strategic nuclear forces (SNF) is not signed.

All of the above demonstrates that in the last 20 years, only one basic agreement was in effect - the START I treaty. All other nuclear disarmament agreements were fully or partially based on this agreement, which was the culmination of many years of difficult Russian-U.S. negotiations on reduction of strategic nuclear forces.

The negotiation process was practically rolled back in the mid-1990s and resumed only in 2009.

In July 2009, the presidents of Russia and the U.S. agreed to conclude a new legally binding agreement on replacing the still valid START I treaty. Negotiators determined the reduction levels for strategic delivery weapons (500-1100) and warheads installed on them (1500-1675). However, at the time, they were not able to agree on a considerable reduction in the number of delivery weapons, rules for counting warheads, or the use of conventionally-armed strategic delivery weapons. But mutual interest in the process of nuclear disarmament was expressed.

If this information is confirmed, then most of the difficult issues in reduction of strategic nuclear forces have been overcome. It would then be easier to agree on a system of mutual checks and inspections.

Such a document could be signed in December 2009 - in a European capital, for instance. Of course, it will not yet be a full-fledged agreement since there was no time to develop one, but it could be amended with corresponding protocols and memorandums in the near future.

Vladimir Yevseyev is a Candidate of Science (Engineering) and senior researcher at the International Security Center of the Institute of World Economy and International Relations at the Russian Academy of Sciences.