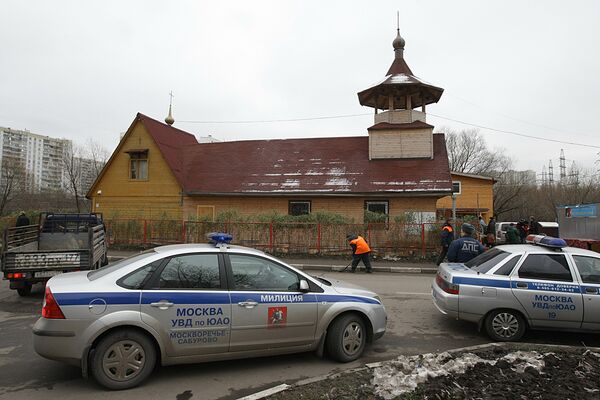 A colleague of Russian Orthodox priest Daniil Sysoyev who was recently murdered in Moscow has been beaten.

A colleague of Russian Orthodox priest Daniil Sysoyev who was recently murdered in Moscow has been beaten.

The attack occurred on Saturday as priest Vitaly Zubkov was on his way to the St. Thomas church. "Three men attacked me. They struck me down and kicked me. At first, they beat me on the head and legs," Zubkov said.

Kirill Frolov, a friend of Sysoyev, said the attack on Zubkov was hardly accidental "taking into account that Father Vitaly was a friend of murdered missionary Father Daniil Sysoyev and that there were no attempts to rob him."

Sysoyev, 34, was shot down in his St. Thomas church in southern Moscow by a masked gunman on November 19. He was known for his active missionary work in converting Muslims and people seeking to quit religious sects into Christianity.

The priest, who was married with three children, had received numerous death threats.

Sysoyev was laid to rest at a church cemetery in the Russian capital on November 23.

Patriarch Kirill, who leads the Russian Orthodox Church, said by the coffin: "Being unable to offer any wise arguments against a priest's words in their mind and heart, and going against God's word, they cover him with libel and even raise their hand at him."