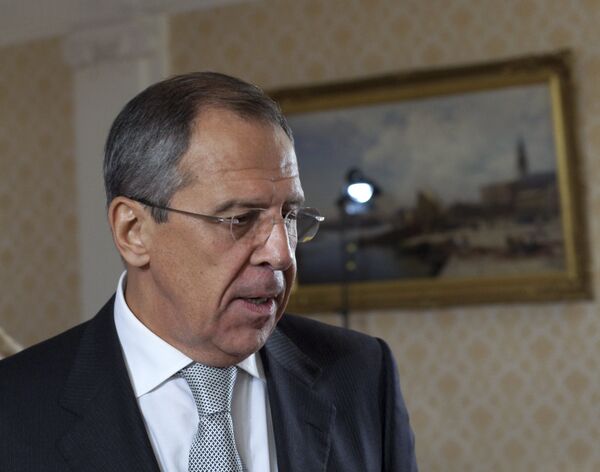 "Good opportunities are opening up to promote interaction with NATO in the military and technological sphere, first of all regarding the modernization of Mi helicopters. Such cooperation is mutually beneficial," Sergei Lavrov told journalists after a meeting of the Russia-NATO Council in Brussels.

He said that by resuming full-fledged cooperation with NATO, Russia was not trying to avoid discussions of issues on which positions differ.

"These include plans to expand the alliance, the fate of the regime to control conventional armaments in Europe, and military infrastructure coming closer to Russian borders. We have outlined our concerns in detail. We hope our partners have heard them," the foreign minister said.

Lavrov also said Russia would continue ensuring railroad and air transit of cargos to Afghanistan as part of assistance to NATO.

He dismissed fears that a new European security treaty, whose draft has been submitted by Russia, would give Moscow the right to veto NATO decisions.

"There is no hidden meaning in the Russian draft, it contains no attempt to appropriate the right of veto on NATO activity," he said.

Foreign ministers of NATO's 28 member states agreed on Friday to conduct a revision of common security threats jointly with Russia.

The documents include an instruction to start a review of common threats, a working program for 2010 including stepping up military cooperation, and measures to improve the Council's structure and operations.

Speaking on Russia's security pact draft, Rasmussen said it would be discussed more by the Organization for Security and Cooperation in Europe than by NATO.

"The ministers said they are open to discuss it, but the OSCE remains the primary forum for that discussion," he told journalists.